Hi everyone here in Geek world

The Star Wars Alternative Camo scheme is here !!! ( 3 tone, 2 tone, splinter, digital, block cam etc etc) for Star Wars vehicles. The original idea was for just AT-AT’s and AT-STs ( Ryan has some great links for these) but on reflection, I suppose any combat vehicle in the Star Wars ( And spin off series- Clone Wars, Rebels, Mandorlorian ) could be included (thinking about Sabine Wren’s TIE in SW Rebels ( I think Jesper did this as an example) and that looks pretty cool ) like TIE’s or Speeder bikes, X Wings, Snow Speeders etc but the idea being there will be no overall Grey colouring.

And most importantly … have fun

If anyone posted links to sites that gave ideas about different cam schemes, can you please re-post them here. … Now, where did I put that AT ST …

well I plan to do the Revell AT-ACT, not sure of the colour scheme but I will figure it out later 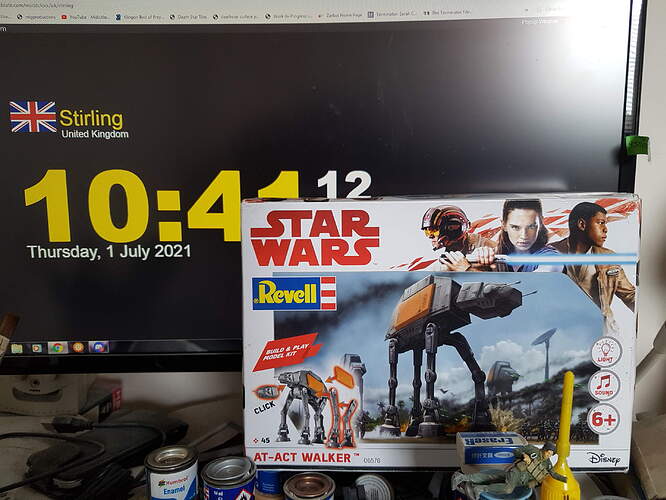 That looks nice Dave, Hopefully we can get some cool schemes going on these bad boys … on a side note, I think I got it into the Campaigns/Group builds category, is there a way to flag it as SciFi/Fantasy-ModelGeek ?? and not the staging area … And do I make it Active by just editing the title or do the admin staff ?? (Please get your head down and sleep before you answer this lol )

Like the kit. I found this to be nice upgrade when I built mine. Looking forward to seeing what your going to do with it.

I appear to be missing from the list John… sniff…

I’ve looked in the MPC AT AT box again after all these decades, and I know why I put it back in the stash. It will probably take me a month to remove the flash… then I’ll need to straighten the warping…

Suck it up buttercup …lol … only kidding … I will add you now mate. I couldnt do it on the initial post from the old thread as the editing function timed out and I couldnt re-edit it 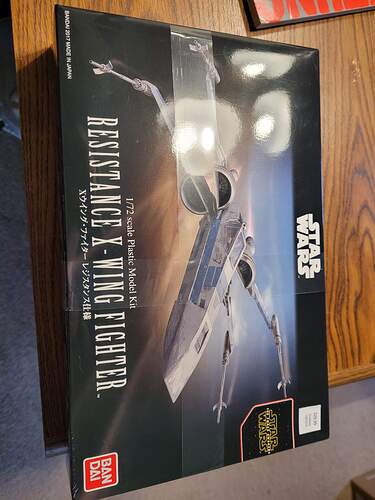 Imperial Sith Bounty Hunter Tracker Cat Jo-Jo Binks says there’s a disturbing force of clutter to sort through to find the X wing but he’s on it. 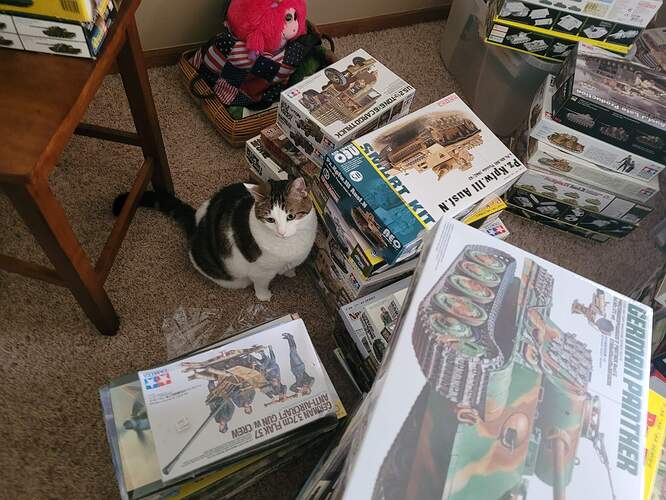 It’s somewhere over there… 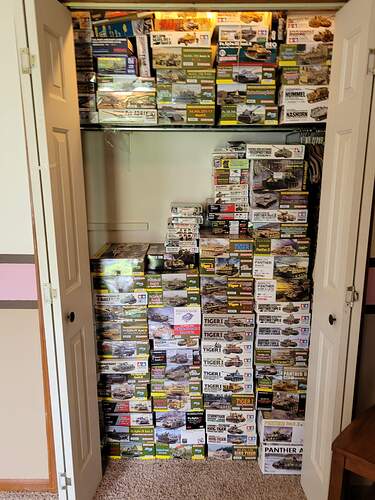 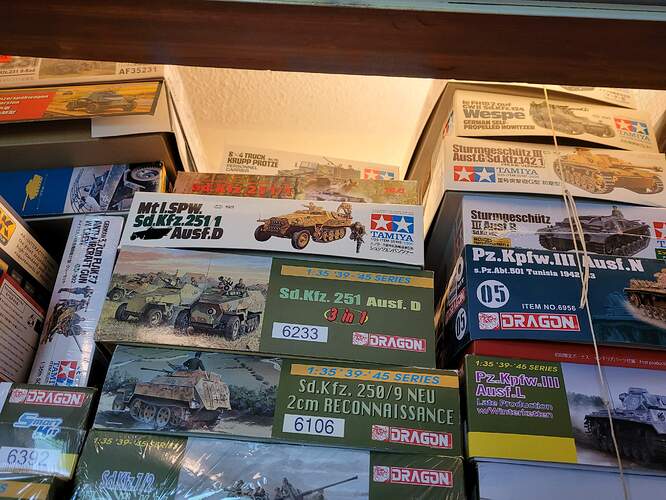 Someone posted a great link for different schemes for X wings in the initial thread Wade, not sure if saw that one ?

Hopefully this is it Wade.

They are mostly under the SciFi sub heading but the whole thing is worth looking through as there are some cool designs in there.

Another link that @Tank_1812 put in the original thread. this ones for AT ATs and AT STs 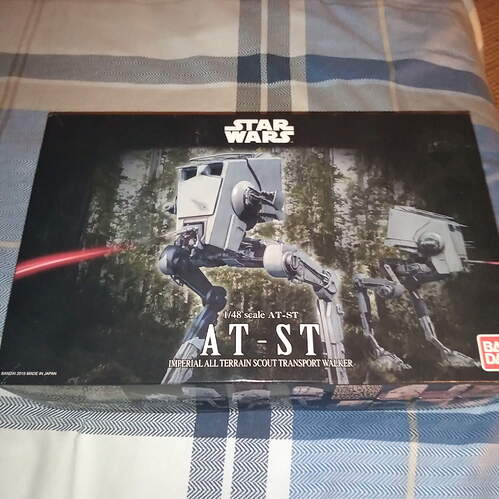 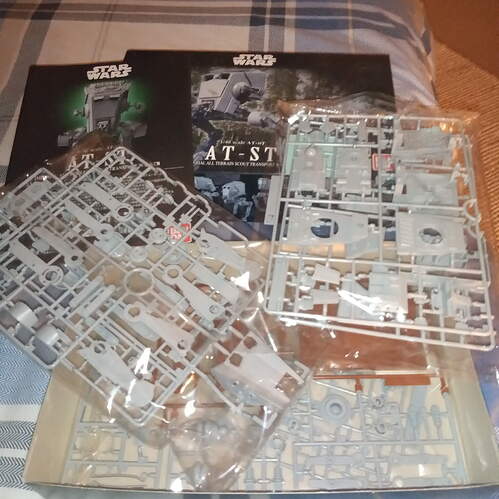 My first AT-ST will be the 82nd scheme. Need to find the rest of the parts and finish the base coat color. 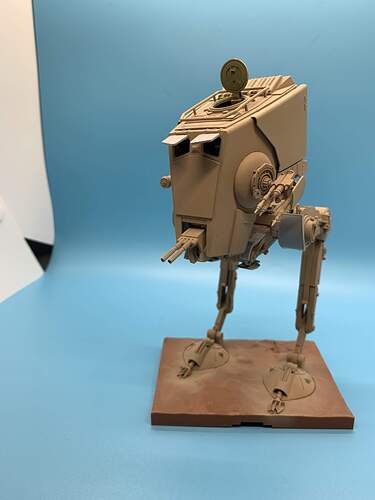 Then if I have time to loss what’s left of my mind with the second kit.

I haven’t been in the workshop for a couple months but looking forward to getting down there and getting started soon.

Also, looks like we are going back to the future as the end date in the original post is 2020. LOL

Hey John, unless it’s already been noticed, the date of the SW camo build is over before it gets started…!!!

Check the date in the info section about all the rules.

Also, looks like we are going back to the future as the end date in the original post is 2020. LOL

This alternate universe resets itself after we are done.

In the last place you will look, it is… 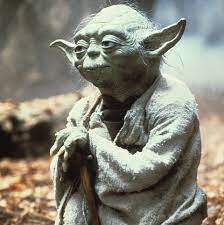 I was thinking of running to Hobby Lobby and grabbing an AT-ST before they are all gone, but when I saw the allowing of already-built kits qualifying if they receive a new camo scheme, I thought of something else: 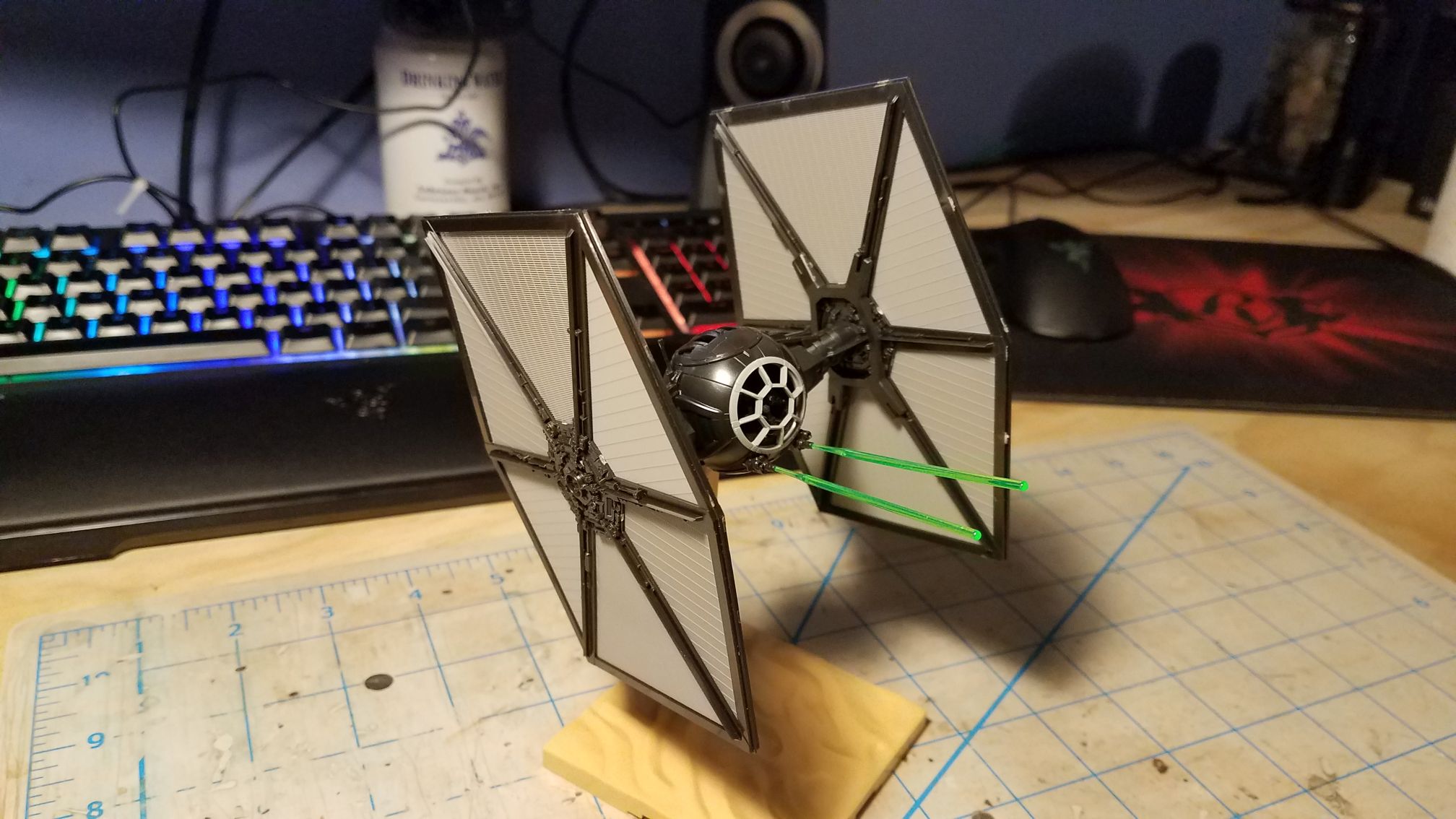 This is the first Bandai SW kit I built; even though I wanted an OG TIE this gave me the chance to check out the fit and decide if I wanted to invest in more…which I did. Anyway, I am thinking of repainting it to represent a fighter given low level flight patrol over a planetary surface where there is the possibility of attack from enemy craft, so light underside and some scheme on top to obscure it from eyes above.

So, I am going to attempt to mimic as best as possible, given those dang panels, a typical German splinter scheme with mottling. I can definitely put insignia on the panels, but they sure mess up that easy transition viewed from the side.

And if that doesn’t work you will get an AT-ST in Hinterhalt-Tarnung. Dot or disc I have not decided.