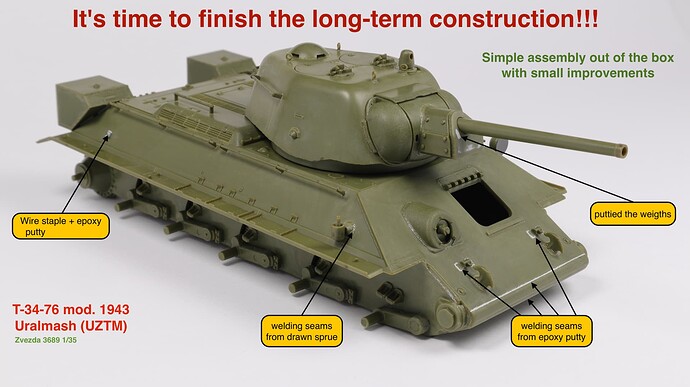 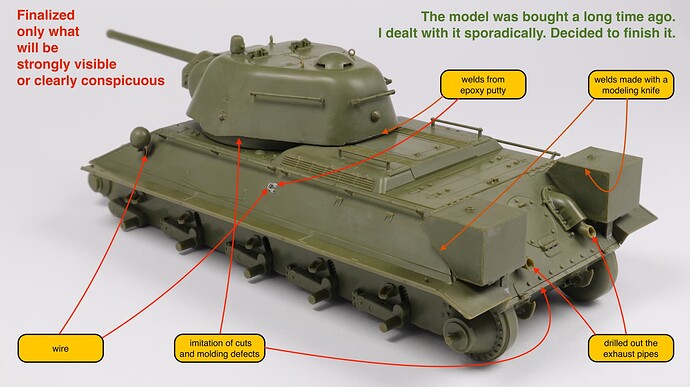 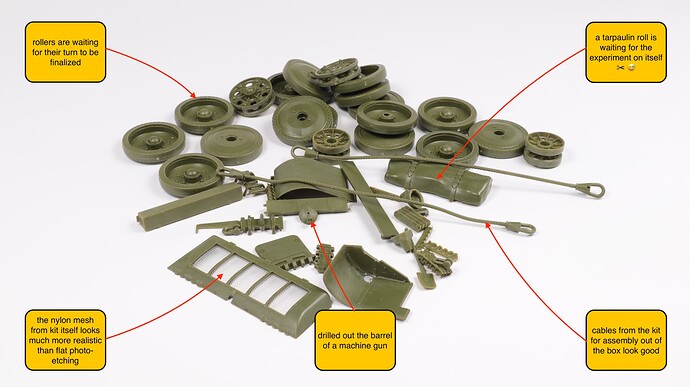 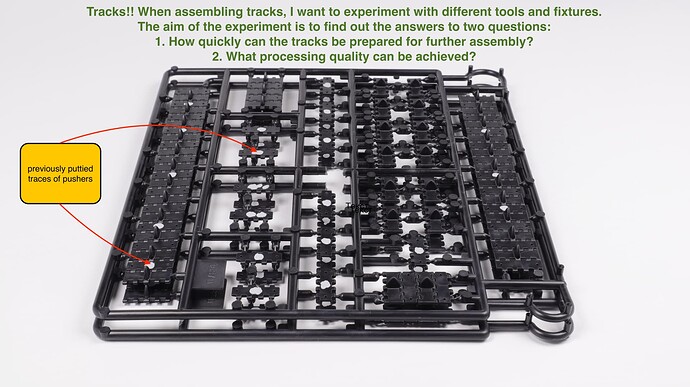 Just keep on building and you will get it finished.

Looks like the kit is going well!
Just keep working away on it.

, Very good job so far, it only needs (in my opinion) to texture the surface of the tower with putty or similar.

Hello, Fernando!
Yes, I know about it. And, although the turret itself on a real tank is quite smooth, nevertheless, a light texture needs to be added. And not only the texture, but the very shape of the turret needs to be slightly corrected to show the features of the drawn metal during its stamping. In this case, I decided not to do this, since the assembly is out of the box, and reworking the tower can take a long time. And, if to modify the turret, then everything else is already necessary!

I think the biggest improvement to make on this kit is replacing the tracks. I built one with the kit tracks but another with new tracks (Modelkasten, not that it matters very much) and it looks so much better.

The hull MG blister and driver’s hatch were cast components that could benefit from texturing.

You’re correct about the turret surface - this was a pressed component, not cast, so the real thing was pretty smooth.

But very nice job so far!

Thank you, Dan_Egan!
Tracks are the next stage in the work on the model. And also the next part of the posts in this topic. I will try to carefully study the information I have on tracks and report on the results of my research.
Sincerely, Vladyslav.

I think the biggest improvement to make on this kit is replacing the tracks. I built one with the kit tracks but another with new tracks (Modelkasten, not that it matters very much) and it looks so much better.

Agree. I built this kit with the kit tracks & was not really satisfied. I’d like to replace them with workables at some point in the future.

Hello, Damon!
And what exactly did you not like in the tracks from the set?

I felt the jig provided was next to useless. I generally dislike glue together tracks because it complicates painting (either rubber band tracks for live track, or workables – no in-between with me). Felt the fit wasn’t great – invariably had gapping that needed to be bridged somehow. So whenever I build my next Zvezda T-34 based tank (which is highly likely, since I think the Zvezda kits are best-value-on-market right now), I’m picking up workable tracks to go along with the project.

If only ModelKasten was easier to obtain these days.

Damon! Your words are ahead of my further actions!

I, too, for various reasons, do not like to glue the tracks together. That is why I want to make semi-workable tracks from non-workable tracks. This will be in future posts on this topic.
I can’t say anything about the jig from the set, since I didn’t use it.
Sincerely, Vladyslav. 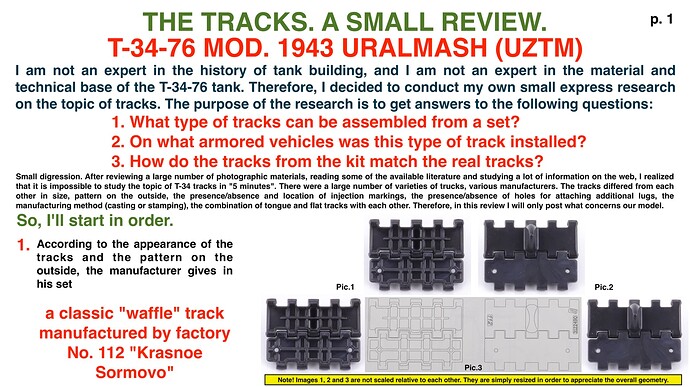 A++ enjoying this build! 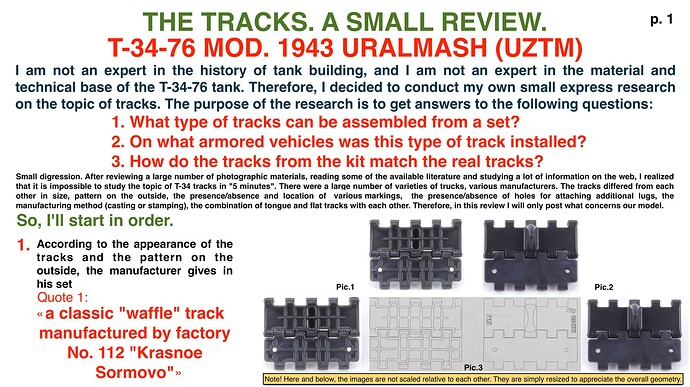 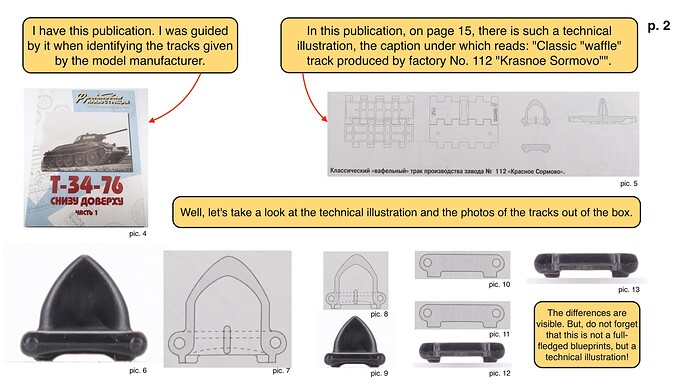 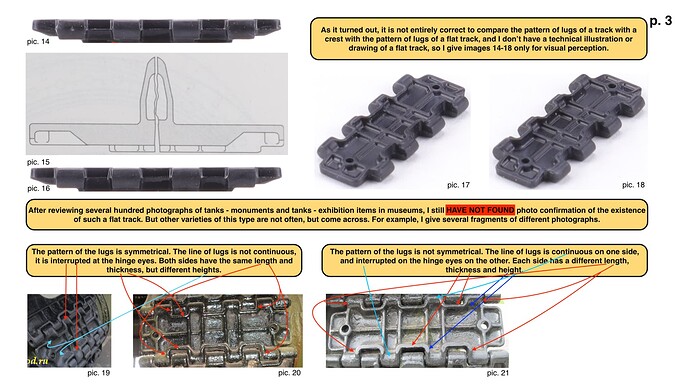 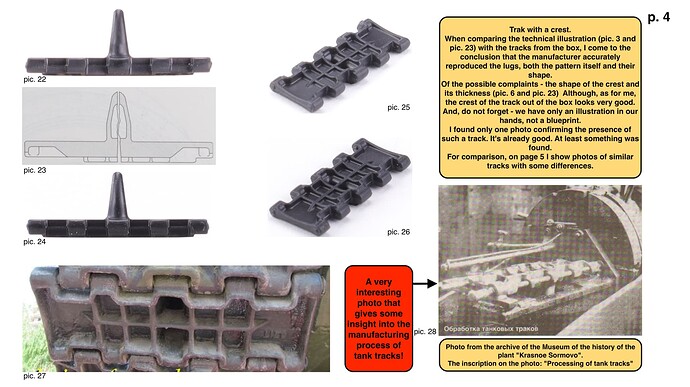 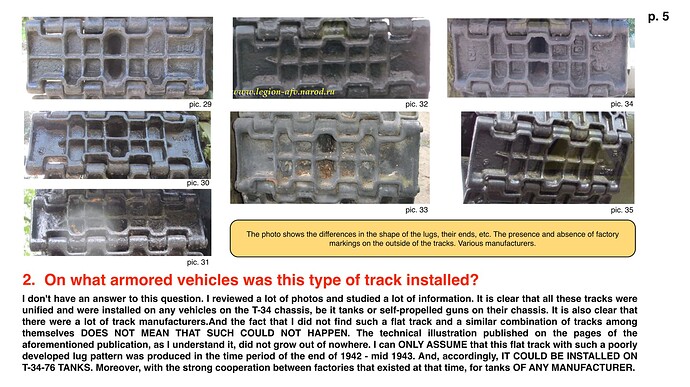 Thank you so much, Mark! I’ll keep doing that! 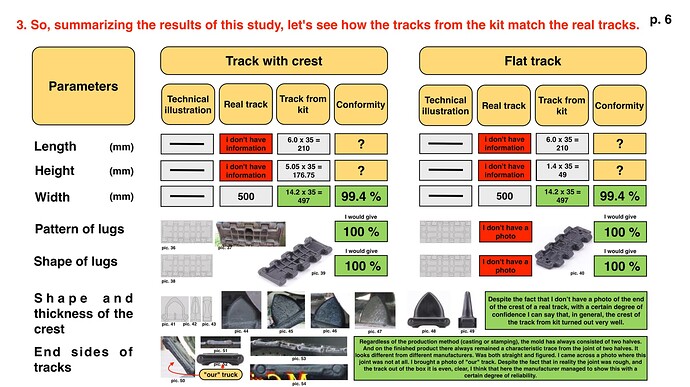