I’m not sure if this is frowned at or even aloud on the forum but I recently watched an outstanding bit of video content that I felt I had to share. If it’s old news then you will know what I mean. Really some great points and thoughts. Stay well everyone and I hope you also enjoy as much as I did. 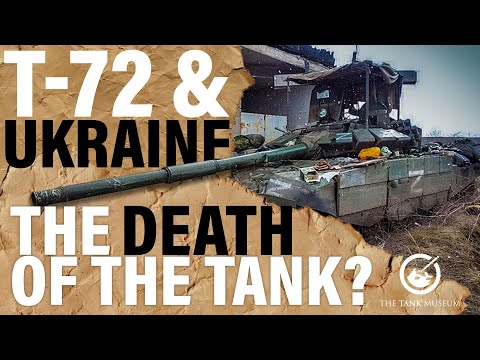 Nicely presented video Werner. However, given a couple of the comments made, which some people here may not be happy about, this thread would probably be better off added to the dedicated ‘OFF Topic Shenanigans’ area, just to be sure.

Thanks for the guidance. I will remember that next time.

What comments were questionable? About the relevance of tanks on the battlefield? For almost 50 years battleships were VERY relevant in every navy, until they weren’t anymore! Any system eventually becomes obsolete.

There are some members that are very touchy about any negative view comments like the Russian soldier’s level of commitment, their training, etc, which usually sees complaints made and posts deleted by admin.

The tactical misuse of tanks in close terrain, forests, narrow country roads between small farming villages and patches of woods, in towns and cities without the aggressive use of accompanying infantry (to suppress and destroy defending infantry equipped with AT weapons) and the selective and accurate use of artillery (to also suppress and destroy can only lead to unnecessarily and pointlessly high tank loses. This has long been understood in professional military circles.

Tank attacks cannot be prosecuted as if they’re exploiting in deep maneuver unless and until the enemy’s defensive lines have been broken and the shoulders of those breaks are held by infantry. Even then, such exploitation tanks attacks must be followed up with supporting infantry attacks to deal with by-passed enemy strongholds or areas where retreating enemy forces have deliberately or coincidentally rallied and concentrated.

Furthermore, sufficient supporting logistical lines of communication must be seized and controlled in order to sustain the attacking armored forces (which suck up logistical resources at prodigious rates).

A quick historical example that’s familiar (at least in name, if not detail) is the failed Allied armored attack portion of Market-Garden. Insufficient accompanying infantry to support the armored advance between the bridge crossings (taken by the airborne assaults) coupled with insufficiently large and robust supporting lines of communication (matched in size and capacity to the corps-sized attacking armored force) led to failure. Understand that the success that was achieved was due in very large part to the proficiency of the attacking Allied forces which were able to absolutely make the most of the circumstances. A less proficient force would have likely never made it even close as far.

The Russian army attacking into the Ukraine would not have made a professional pimple on the a** of the combined 1st Allied Airborne Army and the British 2nd Army. As badly planned, managed and led as the Russian army has been, it is no surprise at all that they have failed to accomplish and hold their major objectives.

The fault lies not with the tanks (nor even mostly with the crews) but with the entire concept of operation and the senior leaders who came up with it.

Edit: In case anyone mistakes their identity, the 1st Allied Airborne Army and the British 2nd Army were the two main ground forces employed during Market-Garden. They were not “NATO” forces.

The point of the comparison of these forces to the Russian forces which attacked into the Ukraine is that at the time of Marke-Garden, these Allied forces were highly experienced and very well trained. It was only their experience and excellent training that allowed them to achieve as much as they did despite the failures in planning, task organization and logistics. However, even as well trained and highly experienced as they were, they could not overcome the fundamental failures of the basic concept of operations.

The Russian forces ordered into the Ukraine suffered from all of these same fundamental failures and also lacked the anything close to the same degrees of large-scale conventional armored combat experience or training. Market-Garden was doomed to fail because of bad planning and so was the Russian invasion for the same reason. The failures of both were not fundamental problems with tanks or armored warfare in general.

See comment below. A person was able to write well and competently without using the phrases “damned Soviets”, “fried communists”, “Putin is a little Stalin” and other similar ones. If at the end he had not been led to compare NATO and Russian troops, it would have been good in general. Can you enlighten me when and where did NATO tanks engage in battle with an equally armed enemy?

The Iran-Iraq war is one example. Iran was armed with US and British tanks against an Iraqi army using Soviet tanks. However, the biggest tank clashes took place early in the war and the engagement ranges were significantly shorter than what a well trained Warsaw Pact or NATO crew would have trained for. The closeness of the engagements is generally believed to have been caused by poorly trained and/or inexperienced crews.

Training got better as the war went on and crews became more used to their vehicles but large tank actions were few and far between- when there were engagements it was sometimes the Iranians and sometimes the Iraqis who gained the upper hand. By the end of the war a superior Iraqi training regimen, better kept equipment, better supply and logistics and better use of tactics enabled them to gain a slim superiority over a the Iranians whose forces were dejected, badly equipped, poorly supplied and increasingly poorly led.

Can you enlighten me when and where did NATO tanks engage in battle with an equally armed enemy?

Without any political bias, I always thought the best tactic was to ensure the enemy was NOT as equally armed! Attacking an equal in a fair fight removes any guarantee of success, and no general worthy of the rank would want to take the risk if instead he could design the assault to ensure overwhelming superiority. But 20thC history is littered with examples from lots of different armies where tanks were mis-used in ways that left them vulnerable. Tanks can be great at assault, but they do need close protection and air superiority or they become targets.

Tanks can be great at assault, but they do need close protection

You are very far from understanding Russia. I have been to some countries in Europe and Asia and have an idea of what happens outside of Russia. You have not been to Russia.
I will not complain to my leaders. I personally and voluntarily voted for Putin all the times and I am led by the person I chose. You cannot say this about yourself. Like many on this forum.
I have already said and I will repeat: I will go to a rally against Putin only if he decides to end the war without achieving our goal.

PS Complain absolutely nothing. Our life in recent months has not changed and has not become worse.

Thanks, very good answer. I’ll try to read something about it.

Can you enlighten me when and where did NATO tanks engage in battle with an equally armed enemy?

Probably the best example of this was the October 1973 Arab Israeli War. Although it was comparatively short in duration, in intensity, that war was used as a study guide as to what could possibly happen in Central Europe had the Cold War gone hot there. Israel had M48, M60, and Centurion MBTs up against Arab T-54/55 and T-62 MBTs. Not to mention that both air arms were fielding some of the latest types as well as air defenses.
A decade later in Lebanon in 1982 another clash of latest arms and armies occurred. Although in a more confined area and with the Israelis fielding their own made latest MBT along with now older US & UK built Israeli upgraded MBTs against Soviet made Syrian crewed T-72s and T-62s

IMHO, Montgomery was no great strategist; his great “victories” at El Alamein, and Normandy, only depended on overwhelming numbers of tanks to batter a hole through enemy lines, even if meant gaining only a couple of kilometers for a couple of divisions worth of tanks. At El Alamein, it took hours, and hundreds of men and tanks lost to break through Rommel’s defenses. In Normandy, Montgomery went through tanks and men like they were a dime a dozen. If German forces were able to replace their loses as quickly and completely as the Allies, Montgomery would soon have been replaced, too. He was not exactly considered a favorite, even in some British circles. When real strategy mattered, such as in Market-Garden, Montgomery came up short and tried passing the blame on others…“What? Market-Garden? I hardly knew anything about it!”.

I wouldn’t be so quick to dismiss Egyptian Forces during the Yom Kippur war. They staged a successful canal crossing (at several points), surprised the Israelis and had them guessing what their next move might be (advance beyond SAM defenses or consolidate and move the SAMs or go for a quicker, riskier advance with little or no SAM protection.)

The Egyptians also were well trained in AT roles- having performed badly against IDF tanks in the past. They made great use of the new Sagger and beefed up their use of RPGs. This surprised the Israeli tank crews, some of whom were expecting the Egyptian Army of earlier wars.

Don’t forget the far too ignored fact that by then enigma had been broken. So Monte knew when and from where attacks would come and where what defenses were before attacking. A very handy advantage.

The Syrian attack against the Israelis in the Golan was also the test of NATO vs Soviet doctrines. The Syrians, using Soviet doctrine and equipment, advised by Soviet advisors, came quite close to kicking the Israelis off of the Heights. Their courage under fire in spite of horrendous losses is certainly worthy of respect not to be easily dismissed. The Israelis commented how their apparent training and dedication had improved markedly compared to 1967.

Everyone is ignoring the simple lesson that was learned in WWII regarding Armor:

Control of the airspace is Paramount.

Russia could not achieve Air Superiority in Ukraine due to the West’s weapon systems that were given to Ukraine. Just like The Germans in WWII. Just like the Iraqis in the Gulf War(s).