I remember watching TOS as a kid in reruns on our first color TV.

I remember watching TOS as a kid, the first broadcasts, and on a B&W TV…

I remember going to the cinema with friends to see a new movie release everyone was talking about, a movie called Star Wars…

Too young to have seen TOS on premiering on TV, but was in line with you to see Star Wars in 1977, I was 6 years old.

I also remember Thunderbirds as a new to TV release.

Other early science fiction TV series too ‘UFO’ for one. I have the series on DVD. It still has a great story line and plots, even today.

I also remember Space 1999 when it was released and thought it was great back then, but after watching the series again recently, it is not as good as I remembered it.

Growing up in the 80’s and 90’s, we frequently had Star Trek, Battlestar Galactica, Buck Rogers and most of the Gerry Anderson shows repeated on BBC. Channel 4 used to show some of the Irwin Allen shows on a Sunday morning too. As well as all those great sci-fi and fantasy movies of that era. Battle Beyond the Stars, Krull and Flash Gordon were never off the TV during school holidays!
Was right there from the beginning with TNG, DS9 and Voyager. Star Wars was usually only shown at Christmas but it was pot luck as to which one as it was rare to show all three. Wasn’t until my teenage years that I managed to get my own copies in VHS, which I still have and treasure as they’re the original unaltered versions.

I agree with Space:1999. I used to watch it with my dad on TV, it has not aged well at all. If you get the chance watch the newer Battlestar Galactica series, some of the best TV ever made.

Yes, I have watched the entire BSG series, the Plan and Caprica too.

While having a look over Enterprise E, I found one area that needs sorting out. I think it’s the saucer shuttle bay ? Anyway, where the doors curve across and meet the hull, there’s an obvious gap, problem is it’s in an area that will be super tricky to get any filler into and make it neat 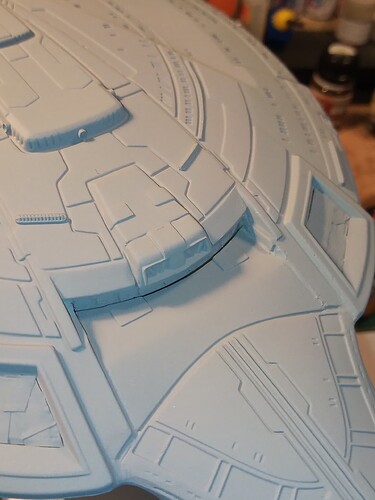 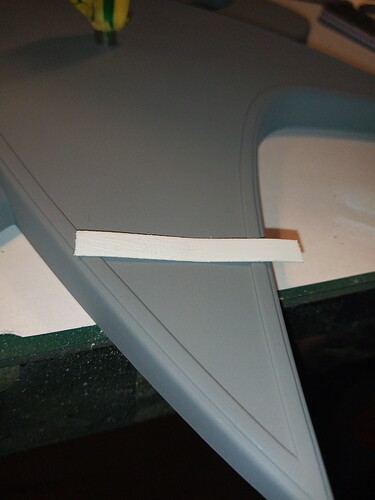 I test fitted an end part after mega sanding and it slides in nicely, so that should solve the issue once I finish sanding the whole length…

I remember watching TOS as a kid, the first broadcasts, and on a B&W TV…

Me too. I also remember watching the first episode of Doctor Who -both times! (After the first showing, it was shown again the following Saturday before the second episode. Some people had missed the first transmission because of the fuss over JFK getting whacked the previous day.)
Thunderbirds was the first Gerry Anderson I saw as previously we only had reception for BBC, so I missed Supercar and Fireball XL5.

Some people had missed the first transmission because of the fuss over JFK getting whacked the previous day.)

Some peoples priotities… how could you miss Dr Who?

Got the tricky last gap filled. In the below image the ultra sanded white strip looks like it’s sitting proud, but it is flush. 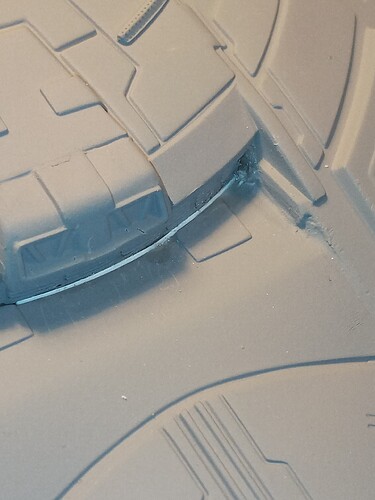 And just to prove it

… A level shot looking at it straight on from the rear. 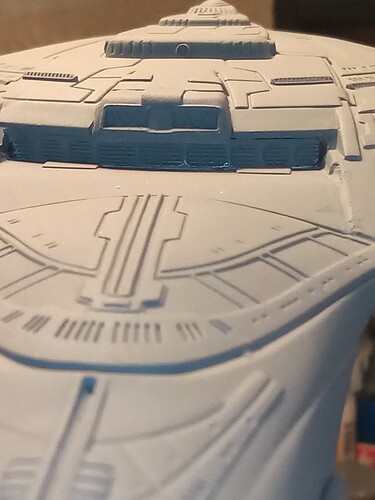 What look like gaps at either end, have been filled with super glue gel.

And on the white strip, I will carefully go over that with Mr Surfacer 500.

Question is the circle the next deck up from the fix in the last photo, is that a mold mark or supposed to be there?

Question is the circle the next deck up from the fix in the last photo, is that a mold mark or supposed to be there?

It is supposed to be there: 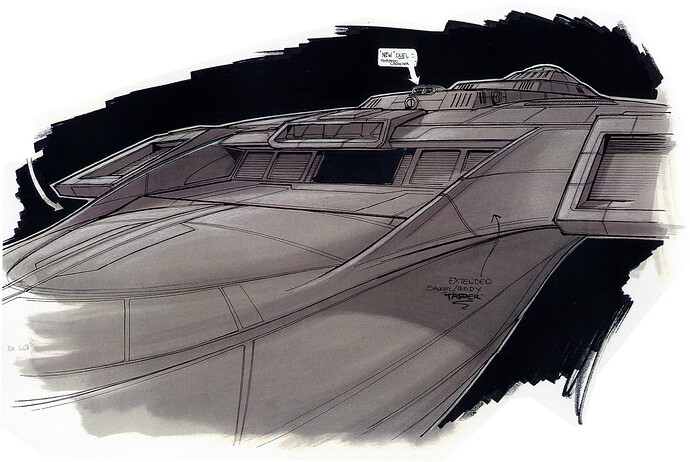 As Peter said, its supposed to be there. 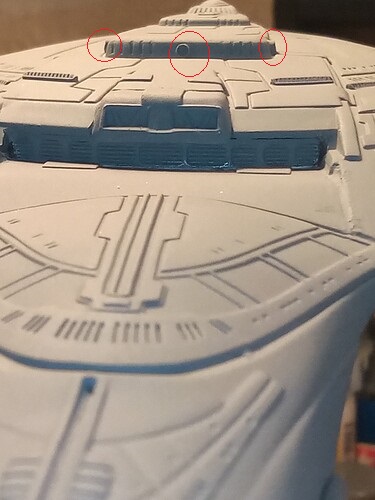 There are 3 altogether ( they are actually 3 parts of the numbered pieces of kit). The rear facing one and one on each side within the circled areas. Have no idea what they are meant to be though.

Based on what we’ve seen in other movies, my best guess is airlocks. 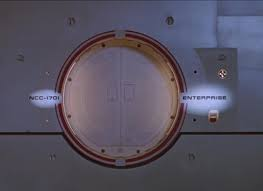 They had to have some means of getting out of the ship for the spacewalk in First Contact.

The instructions tell and show 2 obviously different coloured areas… Yet the paint mix for both areas is exactly the same.
So I have decided on 3 main grey colours for this.

All AK RC, the camouflage grey which is a very light grey… Like a dirty white almost, I think that will be my base colour on top and the pylons and warp engines. Then either Aggressor Grey or light ghost grey for the upper second colour grey and main lower hull grey and the other grey will then be for individual panels etc…tricky old business painting a starship … Blimey

Still pondering… This will be a big masking endeavour… Got to be honest … not looking forward to it. Plus it’s very very curvy which adds to the pain …

If I recall correctly, at least in 1mm Tamiya makes a curve tape that can help some.

Thanks Ryan …will look into all that later