The Story Behind Your Username and Avatar?

If you are lucky you might find an English TV-series dubbed to German.
I had the shock of my life when I saw Columbo through the glass in the living room door when visiting relatives in Germany. When I opened the door I heard a squeaky German voice speaking the German words for Columbo. I just closed the door and did something else …
“Ich habe noch eine kleine frage” in a high pitched voice was a very poor substitute for Peter Falks (Columbos) gravelly voice saying: Oh yeah, just one more thing …

Armorfarm was a product line I started back in 2011 I think, I had a bunch of really great years selling from a dedicated website and the occasional model show as well as selling wholesale to a handful of shops/websites around the world. Truth be told if actual life wasn’t so demanding, I may have kept the site up but I just couldn’t keep up with demand so now I only do it when time warrants. 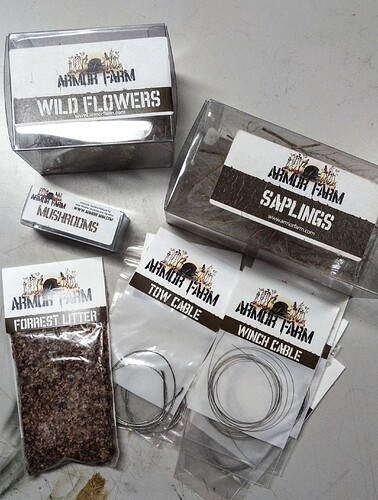 My avatar is me, at work showing my gf the tp stash I found. I remodel hotels for a living and while everyone was scrounging for toilet paper at the stores during the earliest months of lockdowns, I was still working every day and there was plenty of it to be found at work. 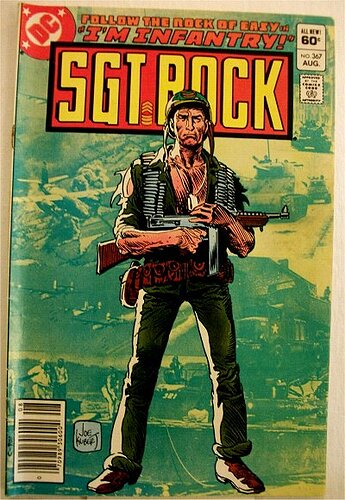 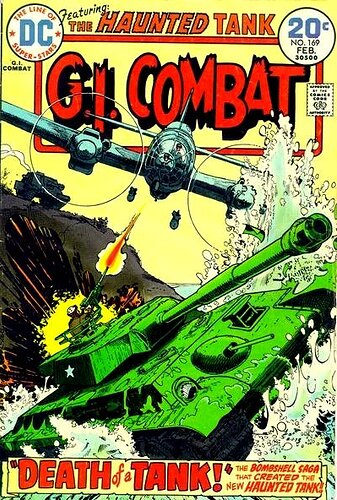 What more needs to be said

Wilde Sau, the Wild Boar, emblem of JG 300. German night fighters are one of my areas of interest and I just like the avatar.

cale scratchbuilds, I collected all the projects under the ‘Landships’ name as I always liked the term and my first projects wer

It actually translates as messagetransmitting-upperleader Eagle

I really wish I was academically inclined as I would love to learn German…maybe I can find something on YouTube and listen to that while I’m at work.

Hell, I’m not even academically inclined, and my German “jeht so.” Try Duo Lingo. I had a friend use it and in six weeks the dude could actually hold his own in conversations. I had the advantage of living in Berlin and refusing to hang out at the more popular GI watering holes at night. (Most I went to, like “Sound” were actually off limits. You could really learn good street German in those places.) Watching TV and movies definitely helps. I used to watch Tatort regularly, and any other movies with Götz George. (die Katze) And East German television as well. I’d watch East German lady’s volleyball just to see Ariane Radfan play.
I still watch shows in German just to keep up with the newest slang. A good one, although often spoken in Berliner dialekt is Dogs of Berlin on Netflix. Much easier to follow than the K Dramas I watch with my wife. Nearly impossible for me to hone Korean with many of those. They just speak too damned fast. Although the last one was the Good Detective, which I’d recommend if you don’t mind sixteen episodes of reading subtitles.
I just realized that with all the Mandarin, Cantonese, Korean and German shows we watch, the only time I really hear English on television is when I tune in to watch the Cowboys lose.

Mine? Golikell (Go like hell) is actually a name of a Whippet tank from WW1. The name simply appealed to me. In the same platoon there was also one named Gofasta…

My avatar is the divisional sign of the 1st Division “7 December” ( named after the date, 7 December 1944, on which our Queen in exile held a speech where she announced it’s foundation) where I served in its’ Divisional staff for more than 3 years.

@Robin_Nilsson @18bravo I wish I had the time to watch tv but I work 15 hour night shifts and I have a load of programs saved to watch which I recorded at the start of the year including the new season of West world.

@SgtRock we had similar comics when I was a kid here in Scotland it was called “Commando” which was all black and white and based on WW 2 stories. the only German I remember being spoken was Aieee or arrrrgh as they died in battle or “gott in himmel” or " achtung Britisher" as the British showed up to win the war single handed.

these comics are still going to this day, which I found surprising as I would’ve thought the political correct brigade would have had them banned by now.

Robbie the Robot from the 1956 Sci-Fi movie Forbidden Planet. My first name is my Scottish surname spelled Robb so as a kid in the '60’s-‘70’s I became ‘Robbie’ the Robot (not by choice). In the day that movie scarred the you know what out of me as a youngun’. Invisible monster leaving foot prints. ewww creepy.

Back in the early days of Ye Olde Information Superhighway, some faster Chuck W beat me to chuckw@aol.com. Bastard! I dropped the 2nd ‘c’ and history was made- I have used ‘chukw’ as my art signature since. My avatar is from page 1 of my MiG 21 LanceR build log, and features the curvaceous Captain Andreea. 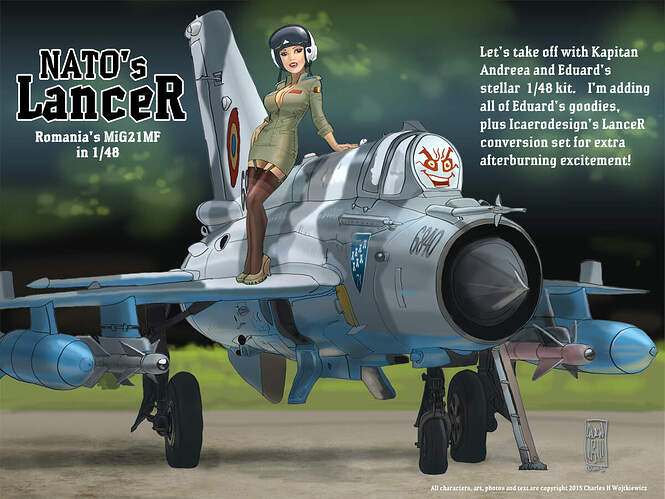 Brekina is a German company that makes HO scale vehicle for train layouts, and one of their specialties were Volkswagens of every type. I am a VW bus enthusiast and collect those vehicles.

Pez, well we all know Pez. My wife collects the dispensers (over 300 different)

My avatar is the roof of WTC Building 5 after 9/11, a photo taken for me by my mother-in-law from the Woolworth building. I worked in Building 5 as a manager in the Borders Books store.

Pod.- Poor Old Dad…the standard family response to my rants,
3105 just an easy to remember number
Avatar.-Sunrise over Cardiff Bay . A scene I captured one morning on my way to work.

Growing up my older brother called me a runt (in the ironic sense as I am anything but, having topped out at 6’6) I took that and over the years of use as my online gamer tag it evolved into McRunty.

Avatar is HMS Warspite, my absolute favourite ship ever. In fact it is my favourite machine by a massive margin.

Agincajun, it’s easy for me to remember since it rhymes, my family on my father’s side is from Louisiana (loo zee anna not loo wee zee anna), I’m getting older now, sooo. The avatar was originally going to be the crest of the 11th Armored Cavalry Regiment or either a 69 Dodge Charger and then I saw someone else’s avatar was the old man that is on the Pixar shorts playing chess in the park and that inspired me to use “Sarge” from Cars.

Most of the translation done. One thing to add, Oberführer probably is not meant to be translated, since it was a rank in the SS (fits with Adler being Nazi). I am not 100% certain but I think Oberführer was the equivalent to Oberst / Colonel in the standard army ranks.

Some nice stories behind your nicks, folks! Here’s mine:

Ever since I joined the Kitmaker/Aeroscale forums my nick is BlackWidow. Of course the meaning stands not for the spider but for the big black beautiful P-61 Black Widow nightfighter, which is my favourite airplane of WW2. My avatar shows my favourite P-61 with the most striking nose art of them all, “The Spook”, of the 548th NFS, based on Iwo Jima in March/April 1945, crewed by Lts. Melvin Bode and Avery Miller. As far as I know they didn’t score a kill with it. On the 20. April 1945 they crash landed the bird beyond repair …

And before you asked; yes, I’ve built this machine out of the Revell/Monogram kit plus “Lady Gen”, a P-61 in OD/NG, flown from Belgium in 1944 … 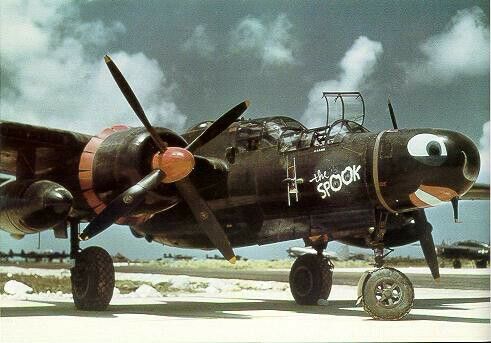 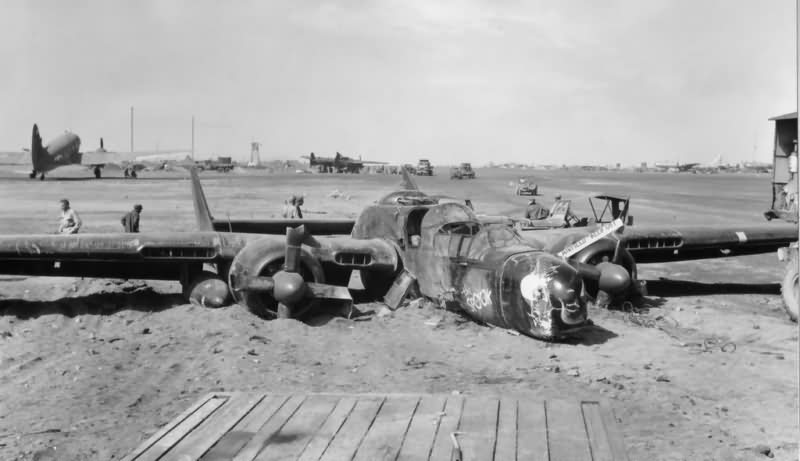 Colin - my first name
Edm - short for Edmonton, where I live
Avatar - a bit of opposite lock in my R33 GTR while autocrossing (my summer hobby)