Just yesterday I was airbrushing Centurion wheels with a circle template. All was perfect. I got to the fourth wheel and the air cut out. No air flow at all. I pulled back on the trigger and a drop of paint came out, so no blockage. Just no air. With a wet airbrush and full color cup there was no time to lose, so I checked the air trigger. Working fine. The in line moisture trap - clean, dry, no problems. The air line- no cuts or kinks. Now to the compressor - which was not turned on. 'DOH!
Do you have a funny 'DOH modelling moment? Share it with us! 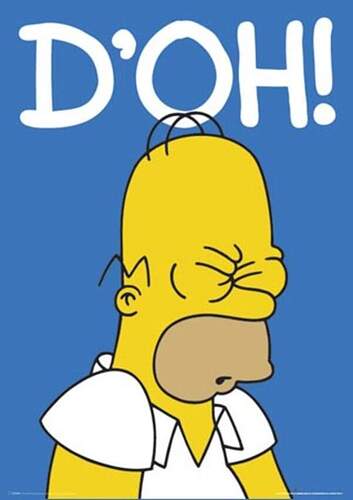 Regulars may remember I’ve told this one before – mildly frustrated while adding a bunch of PE brackets to an SU122, I was using a scalpel blade to press each one into its shallow recess containing a smudge of cyano glue. One in particular refused to surrender & I blinked at the exact moment I heard the fatal “ping”. No bracket.

I spent half an hour or more communing with the carpet monster, then put some gauze over the vacuum cleaner nozzle & scanned the entire room to no avail. Annoying because it was the only bracket of its kind & not so easy to scratch a replacement.

That night, brushing my teeth I noticed in the mirror something glinting on the top of my ear…

Once I was inserting machined fasteners onto a brake rotor and the last one to insert pinged off the tweezers, I heard it ‘land’ and searched the area of the sound for what seemed like an hour. Couldn’t find it. Sat in my chair frustrated and then saw something on the wall, took a closer look and it was my part stuck to the wall.

lol! This reminds me of a similar situation I had recently. I was sitting on my stool airbrushing away gleefully. The wife needed a hand with something so I got up to help, came back to the bench to resume, and… no air. What the heck? Check all the connections, they are fine. Compressor pressured up and turned on? Check! Hmm weird, guess I’ll give it a test. Eureka! I have air. Sit back down to air brush, no freaking air again?! What the heck. Back to the drawing board, everything checks out and the air flows out of the brush. Sit down a third time, no air! At this point I am thoroughly puzzled

Eventually I noticed that the stool leg was on the airbrush hose. When I was standing with the pressure off the stool leg the air could flow but when I sat back down the stool cutoff airflow

Just yesterday I was literally about to post a new topic asking for help on a fix…… I had test fitted some preformed exhaust shields to the rear wall of a sturmtiger kit i’m working on. 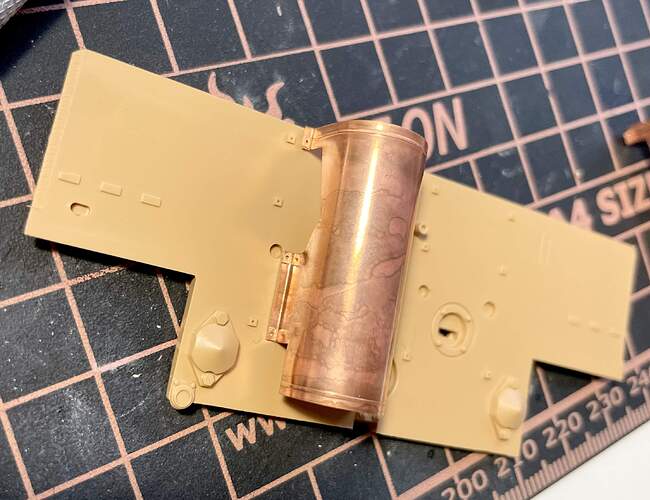 Yep your secret’s safe with us…

So how many others keep a high powered flashlight on there workbench as standard operating tools?

The flashlight on my phone is always at hand

At my club meeting, one of the guys was looking for a part on a sprue, but could not find it. It was a Dragon kit with a large number of sprues, some totally different but with the same sprue letter. He could not find it, so he asked me to see if I could. I searched the nominated sprue but could not find it. Checked out the sprue diagram and could not see it there either. Searched all the other sprues - could not find it. Emptied the box, shook out the instruction pamphlet - nada. I then asked him if he was sure he had not already removed the part. No, he hadn’t.

So, I told him that it was not uncommon for Dragon to say a part was in a kit when it was not actually there (e.g. the rear hull wall for the Jagdpanzer IV (A) ). He started packing the kit up in disgust and lifted up the treadplate pattern piece of cardboard the tracks, clear parts and decals were taped to, to put it in the box… and there, taped to the back of the card, was a small sprue with the part inside.

Way back when, I had a modeling desk that my parents gave me one Christmas. It was made of fairly soft pine wood, but they figured to set me up with something that I could make a mess on rather than ruining the bedroom dresser that matched the other furniture in my room.

Even then I was a typical modeler with the typical cluttered building space, usually having the normal clear work area about the size of a teacup saucer. To keep my round handled X-acto knife from rolling off the work bench, I had developed a largely unconscious habit of simply sticking the knife point down into the tabletop. (No doubt one of the things that prompted my parents to gift me the new worktable…LOL!).

At the start of a build session one Saturday morning, I sat down and discovered that I couldn’t find my X-acto knife. I spent probably the better part of an hour looking for it, moving things around on my worktable, crawling around on the floor looking under all the furniture in the room. Finally going around the house asking my mom if she had borrowed it and practically accusing my sister of stealing it. The more I looked, the more frustrated I got. “Where was that darned knife?”

After going back at my work bench and sitting there for the better part of another hour pondering the incomprehensible and mysterious disappearance, I looked up and to my amazement, there it was. Sticking handle up, blade down in the top of the table. Just where I left the last time I used it.

(Thinking back, I don’t believe that I ever apologized to my sister… Better put that on my Karmic to-do list to clean that bit from slate. LOL!)

I managed to get my side cutters sticky with some water soluble stuff (don’t remember what it was).
I washed it with water and detergent, dried it off as much as possible and then I hung it from the arm of the work lamp. It was hanging over my work table, at the level of my eyes and maybe 30 cm (1 foot) in front of my face.
Then I did some studying and went to bed. The next afternoon I couldn’t find the dang side cutters. I searched for an hour and then used other tools.
After a week I bought new side cutters.
One evening about three weeks later I sat down by the work table, Looked straight in front of me and found the missing side cutters. They were dry by now …

Went to clean up a set of road wheels with MiniCraft drill & sanding stick. Attached first road wheel to drill, turned on transformer, set speed & turned on drill - nothing.

Checked switches made sure all were on, made sure drill was plugged in, transformer plugged in & power strip plugged in. Nothing.

Feel panic creeping in that my prized MiniCraft transformer & drill have died.

The power strip had gotten turned off

Felt stupid but happy the drill & transformer were OK 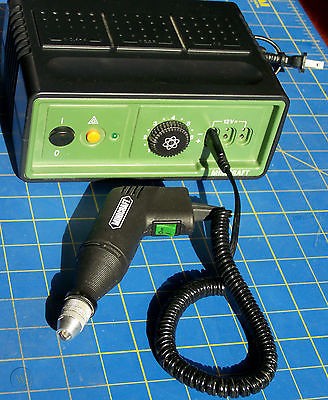 A lot of times I will airbrush without the cover on the cup,every once in awhile I will forget that fact and turn the brush upside down,fortunately I have never dumped it on a model.That and the occasional glue,paint,decal solvent jar going over.

I put a metal ball into a glass paint bottle in order to agitate the contents. The bottle exploded in my hand launching black paint all over the window blinds and wall… at work!

I took an airbrush class and was practicing into the wee hours of the night. The next morning all the furniture surfaces were covered with a fine black dust… at work!

Work was a very large drafting room consisting of 8-10 tables and a very understanding Boss!

Can’t think of any funny accidents I’ve had. Usually just the usual spilled paint and glue, lost parts, reactions with washes and occasional cuts we all have. Oh, there was this one time in my youth I made a bad job hand painting a canopy and tried to remove it with cellulose thinner. Result was a melted lump of plastic.

The one that will always stick with me was again from my younger days and involved the old Tamiya Panther and a pet. It was the first big scale tank I completed to what I felt was a good standard. The first I’d painted with an airbrush (the old Badger spraygun, still have it!), first I’d done a decent job of weathering. I’d even saved up pocket money to buy better crew figures and stowage. Even built a diorama for it. A bombed out building that I scratch built from a polystyrene ceiling tile left over from my dad’s DIY in the bathroom and balsa wood. I was really happy with it and put it on display on top of the cabinet my parents had in the living room. Well, we also had a pet hamster that some evenings we used to let out of his cage so he could have a run around and explore. This one time he got a little adventurous and somehow managed to climb up the back and on top of the cabinet. And that’s when we saw him. Sat on top of the Panther, gnawing at the machine gun. It was almost a scene from some old B-movie watching him. Before anyone could get to him, he yanked off and threw away the gun and decapitated the commander. Fortunately, he realised it wasn’t food and spat out the head. I dread to think what would’ve happened if he’d swallowed. He went straight back in his cage after that. I do wonder if there isn’t something in reincarnation and in a past life he drove a Sherman!