Has anyone seen the quality of Vargas Scale Models 1/35 M777 kit. Want to by 2 but does anyone know if they are any good…

I haven’t heard anything good about Vargas. There was a discussion about here, check farther down the list.

There was a discussion about here, check farther down the list.

I talked with Luis Vargas of Vargas Scale Models this morning. He is currently working on the 3D model for an M777. This is the currently fielded US 155mm towed howitzer that is being supplied to Ukraine. This is Vargas’ first foray into modern subjects and was prompted by their use in Ukraine. The kit will be 3D printed resin in 1:35 scale. It can be posed in-action or in tow. He is thinking of including wire for the hydraulic and electrical cabling vs trying to print those. Vargas usua…

Based upon what I’ve seen and compared to my walk around, I think it would be wiser to just wait for one in plastic. You know one will eventually come out - the question is when.

He hasn’t shipped anything yet. I’ve seen a couple of renders and photos of some of the test print parts. The parts look good. The gunner’s sight looked a bit soft.

I’ve built quite a few Vargas kits as I love the obscure WW1 and Interwar subjects that he is known for. Like all providers the quality and accuracy varies. Some Vargas kits are outstanding, others leave a bit to be desired. I won a first place at the 2021 IPMS Nationals with a Vargas kit OOB. As Vargas Scale Models is a one man shop, shipping can be problematic. If he is sick or on vacation or at a show, orders stack up.

I’ve been waiting for an M777 for a long time; so, I’ve pre-ordered one to display in firing position and will most likely pick up a second one to display on the road. I haven’t seen any sign that the styrene manufacturers are moving on an M777. If they come out with a better kit, I’ll buy that too and upgrade. But, in the meantime I’ll have an M777 in my display cabinet.

Here are links to a couple of my Vargas Scale Models builds so that you can see the quality level that he is capable of:

This is an Italian license built variant of the Krupp 150mm Morser M1881. In 1881 it was a good, modern weapon. By the time that WW1 rolled around, it was thoroughly obsolete. It lacked a recoil system and had to be re-laid between shots. However, the Italians desperately needed artillery; so, they were pressed into service. [mortaio-da-italiano-da] The kit from Vargas Scale Models is a little jewel. The resin 3-D printed parts are delicate and highly detailed. The kit includes the ammunition …

Great job on that kit. It reminds me of some of the Verlinden Civil War cannons.

If any plastic producer was going to do it, they would have done one by now. Lots of talk of Trumpeter doing one since they also did the M198, but nothing came of it. If they didn’t do it then, not likely to do it now. Just my 2 cents

Scott,
I am also waiting to see the quality of his test prints before judging.
Like you said, I have a feeling that plastic manufacturers are not going to touch it as more and more modelers are either going to buy the 3D printed versions or simply print them at home (like myself). There are a number of CADs already available for 3D printing. I’ve downloaded a couple that look like below: 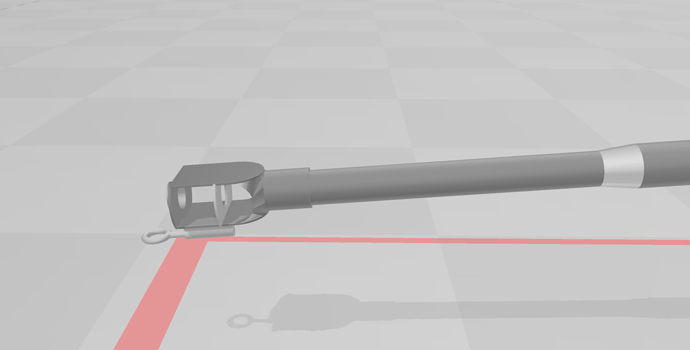 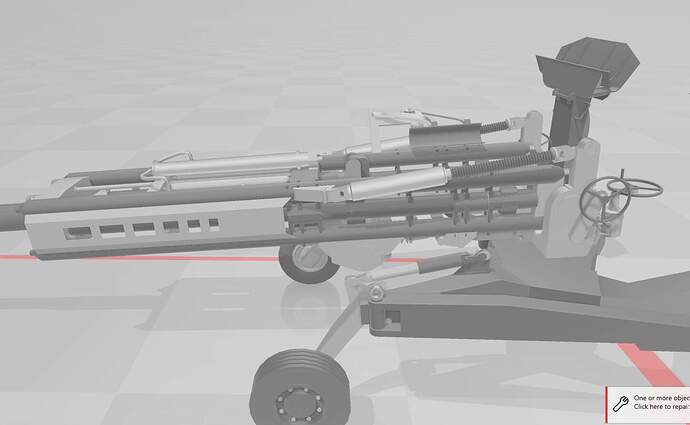 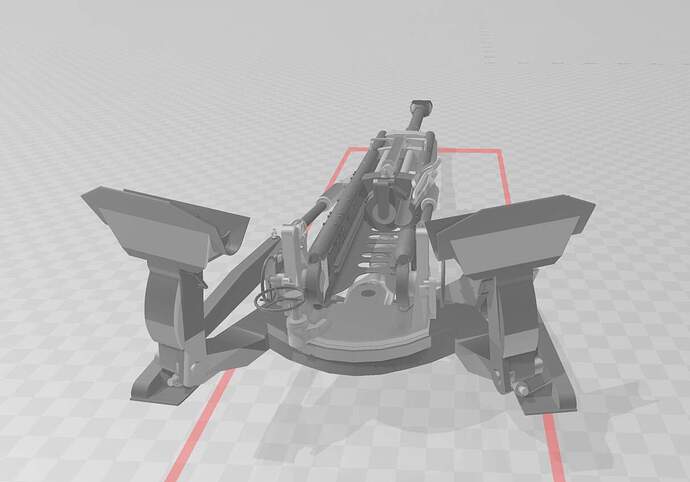 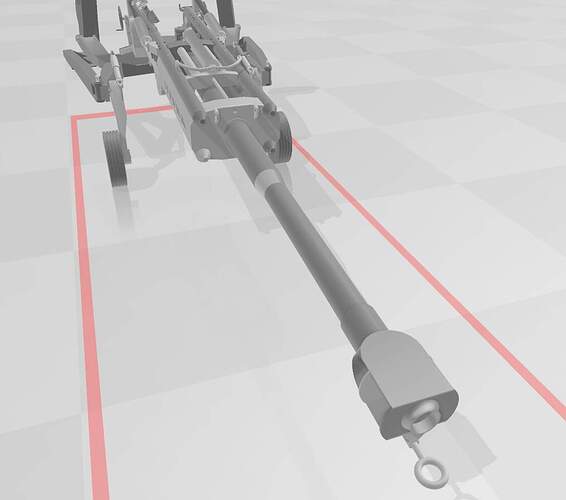 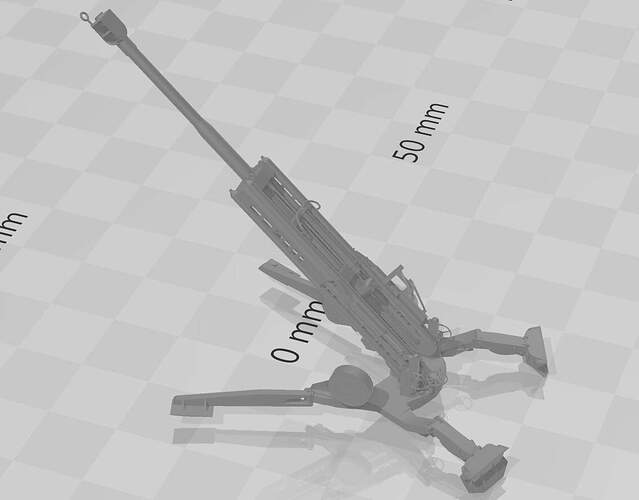 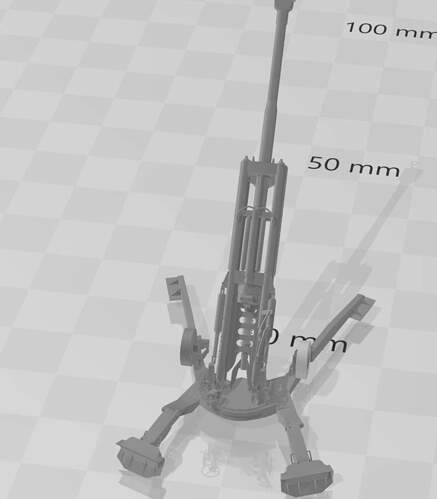 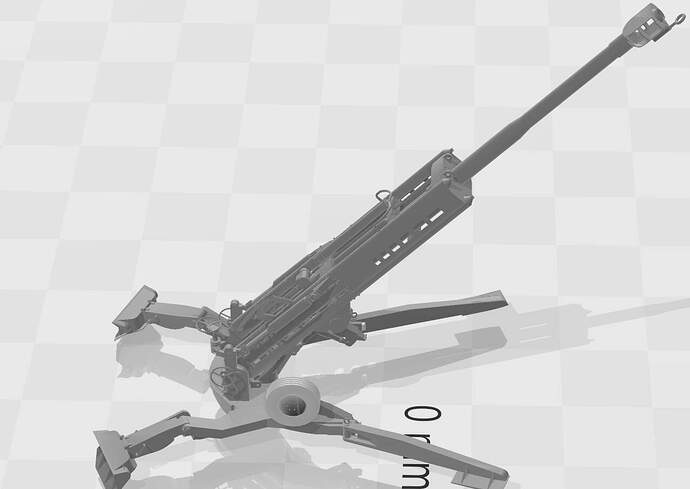 These files were free to download, and do not look too bad to start off with (100 times better than the blob sold at Shapeways for like $80) - of course corrections can be made with some CAD software and CAD skills.

There’s also this one that appears to have better details but it’s 110 USD for the file alone (Yikes): 3dsmax american m777 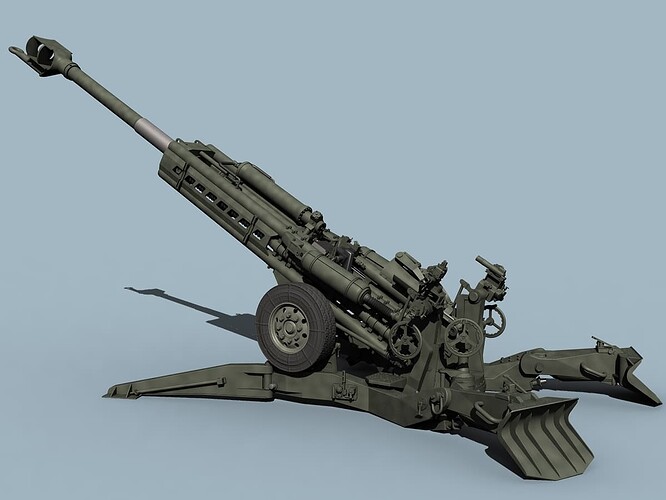 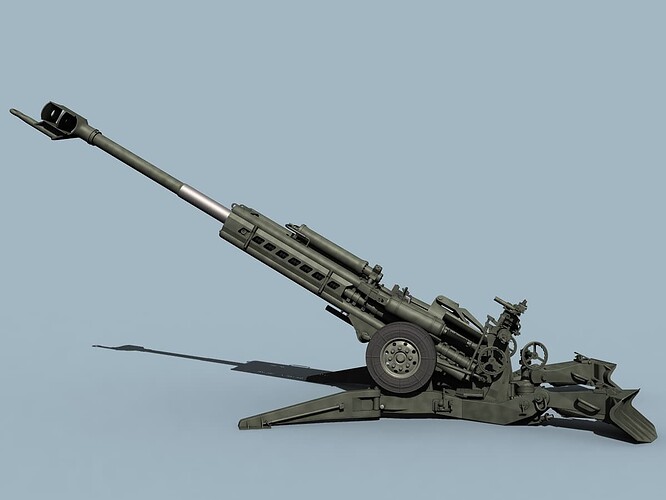 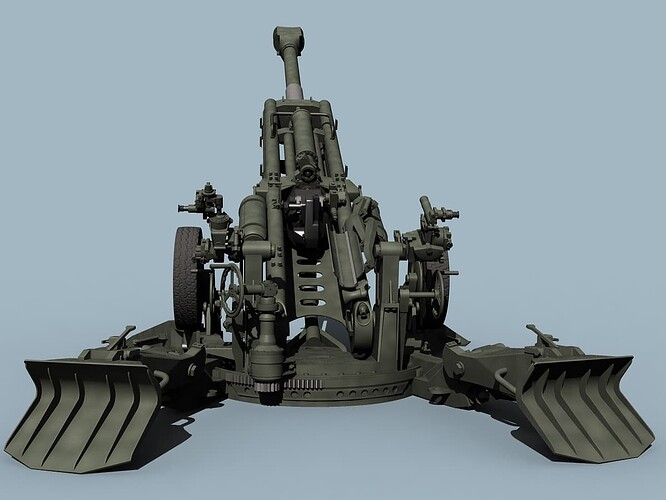 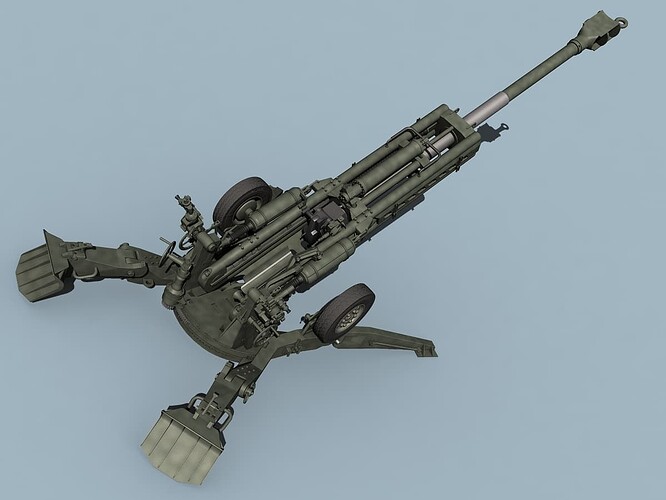 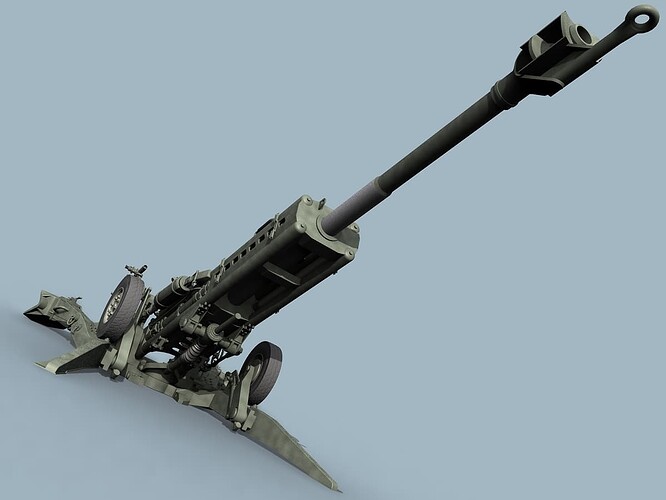 Depending on how Vargas Model’s looks, you may want to consider asking someone with a good resin printer to print one for you - could even be more accurate and cheaper.

I have already pre ordered one from him, of course that was before I purchased a 3D printer (got a pre order on a Saturn 2 on the weekend), otherwise I wouldn’t have bothered with the pre order. Not going to cancel it now, but wouldn’t stop me from getting the file and printing more!

Where was it from?

Those last photos looking like it is a 3D model for a video game. Not sure if something like that can be converted to a file to actually print out or not.

I’ll PM you for more discussion.

Vargas model posted some additional photos of the model on FB: 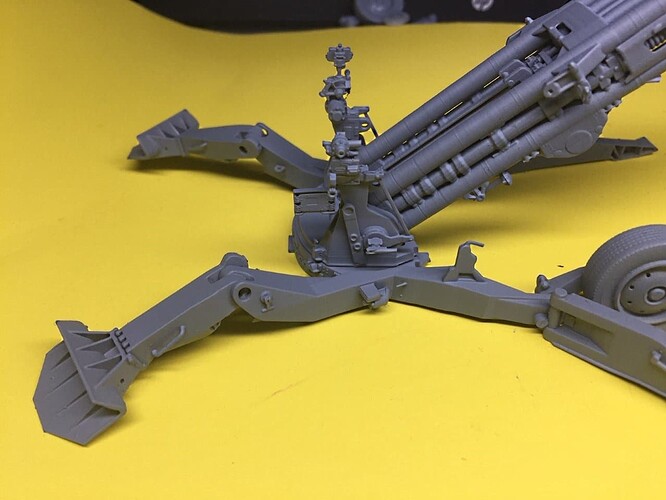 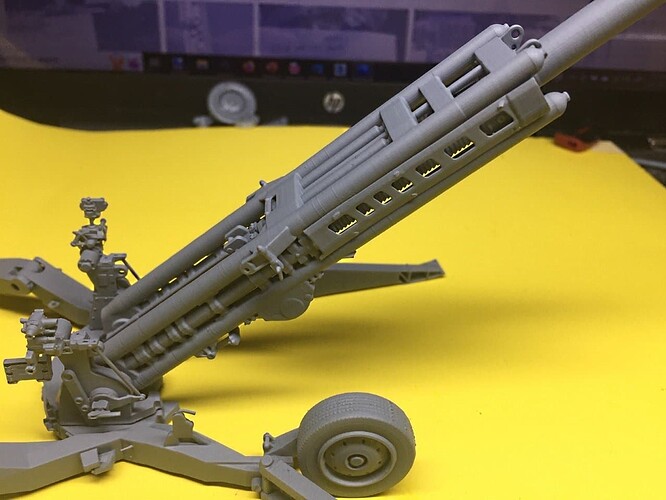 Looks pretty good. I want to see how Ricks looks once he gets it before I decide to get one.

Vargas is tweaking the design to improve buildability so it is taking a bit longer than he expected. He shared a couple of photos of more test print parts. It looks like he has improved the detail on some parts from previous test prints. 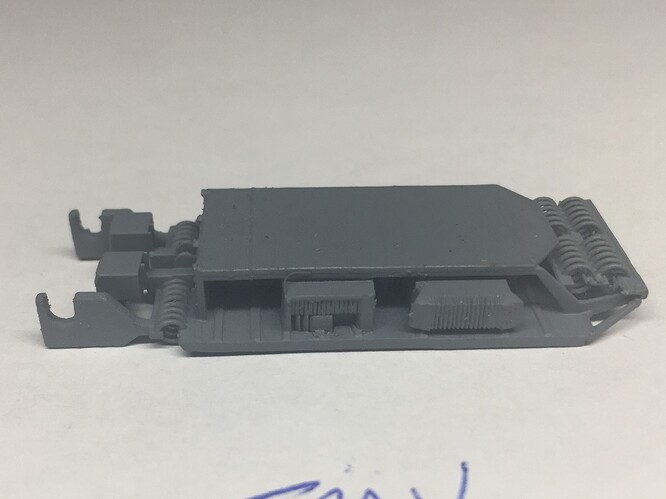 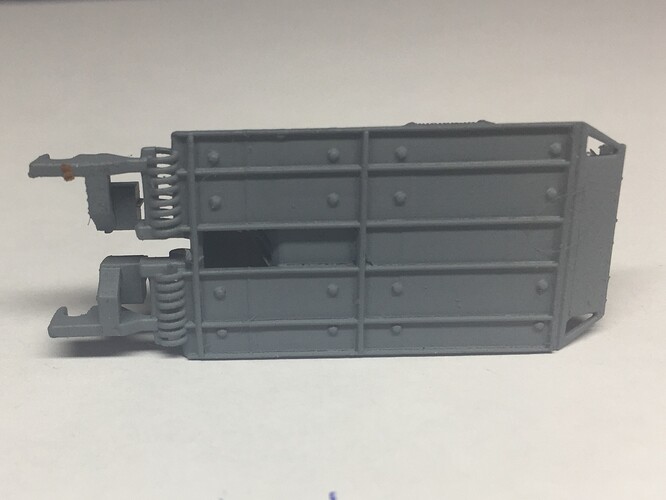 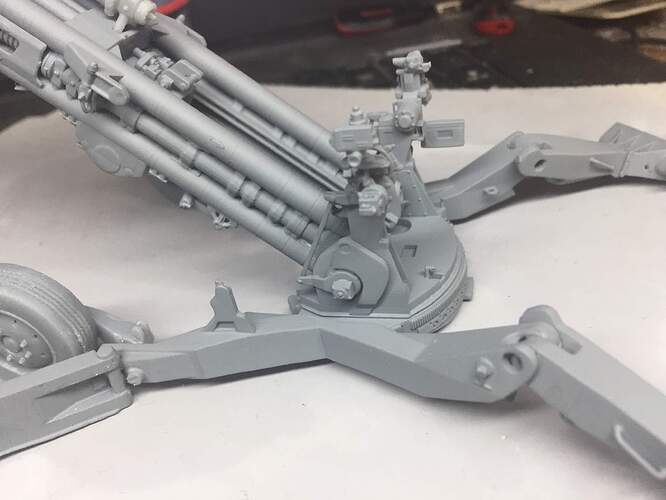 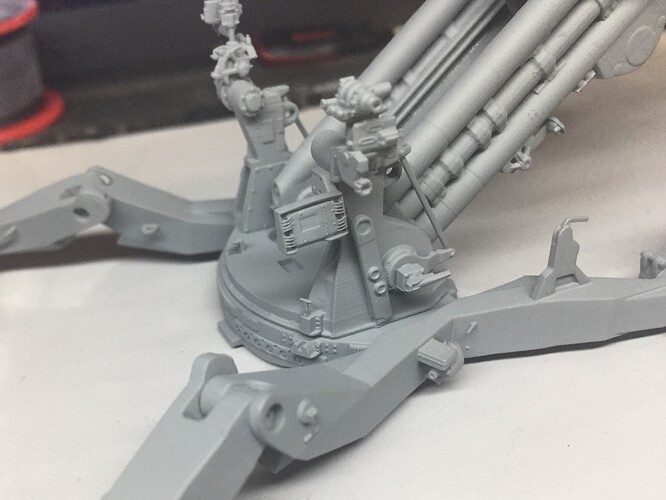 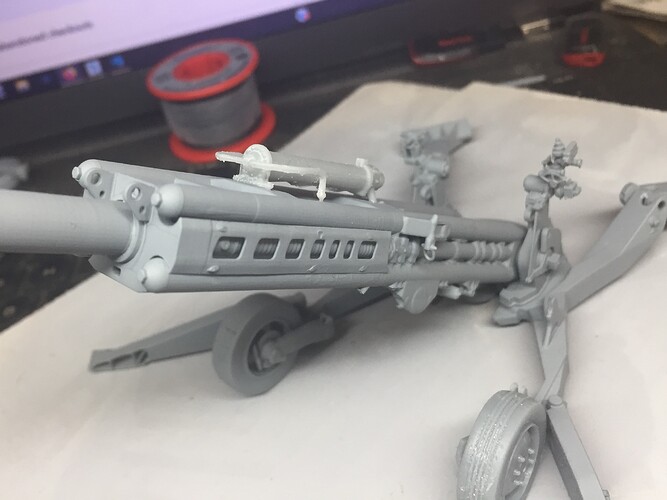 Vargas shipped my copy of the M777 today

Looking forward to seeing how it looks.

My test print Vargas M777 arrived in the mail today. He is still working on the instructions but plans to have them done early next week. On first blush the kit looks great. It has about 60 parts and good detail. Striations are none to minimal. As it is 3D printed the equilibrators are non-working. He includes two sets - one for travel and the other for firing at about 600mils.

Off to the photo booth and the bench!

Anyone got one yet in hand…Is it a good kit…