Arma Hobby P-39, Bud Anderson-theme together with a Mustang!

With my Avias almost done, the postman arrived very timely last week with my next build. Or rather buildS but more on that later! 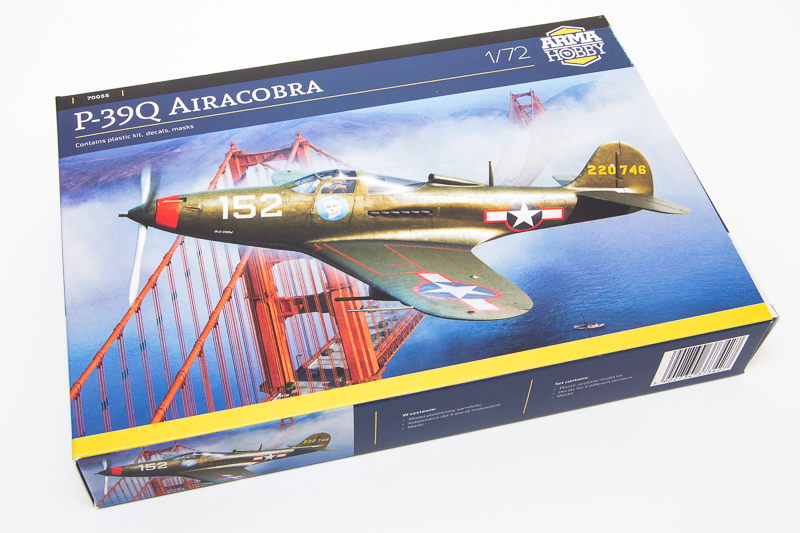 The latest from Arma Hobby, a P-39Q Airacobra! There are other kits in 1/72 out there but most are very old and the only “semi-modern” one, the Academy kit, looks nice in the box but they lost it when it comes to accuracy. 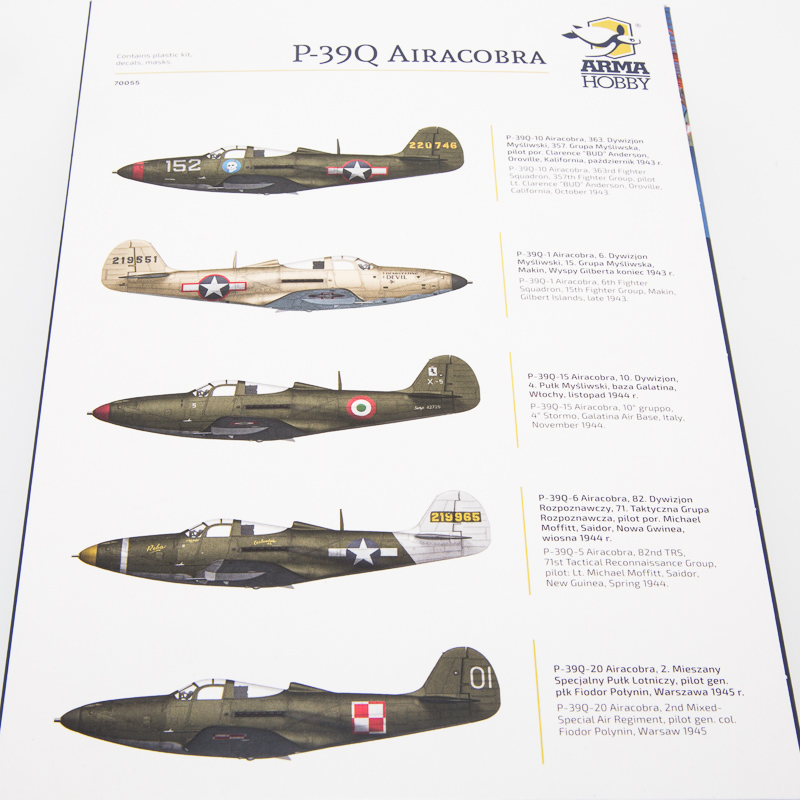 An interesting bunch of marking variants. The top one (the same one that flies by the Golden Gate bridge in the box art) is Bud Anderson’s aircraft before he went to Europe to fly Mustangs. He is the last living triple-ace and he turned 100 this last January. Like all centenarians keeping up with the times he of course has a webpage well worth visiting! 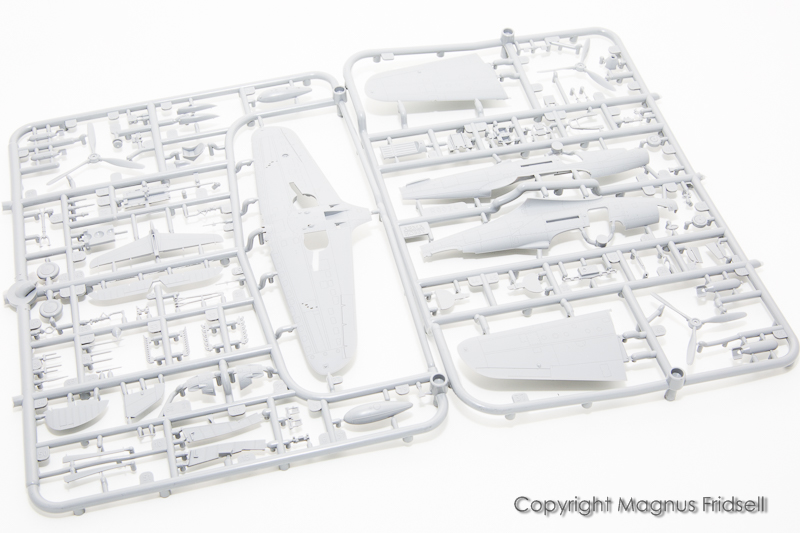 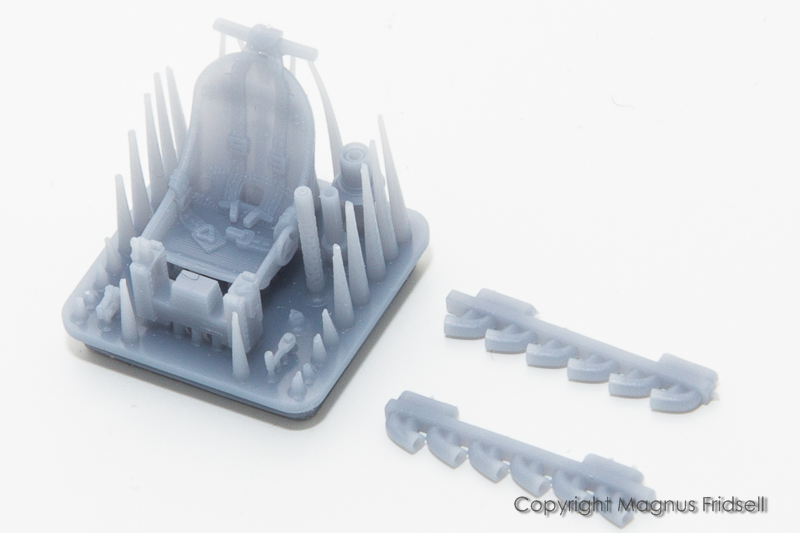 Some 3D prints, I’ve never tried them before so this will be interesting! 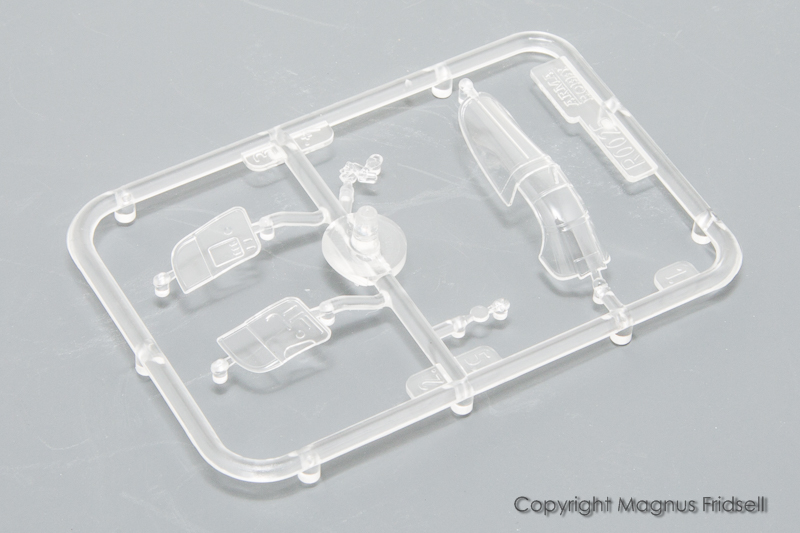 There is also three ball bearing balls that goes into pre-cast positions in the plastic to avoid tail sitting. Another first I would say

Arma makes nice models but somehow I get the feeling that they are even better at marketing! When I pre-ordered the P-39 I immediately got the suggestion that I should buy a Bud Anderson-combo, getting a P-51B in “Old Crow”-markings as well. So, even if I have already done two of them here we go again! 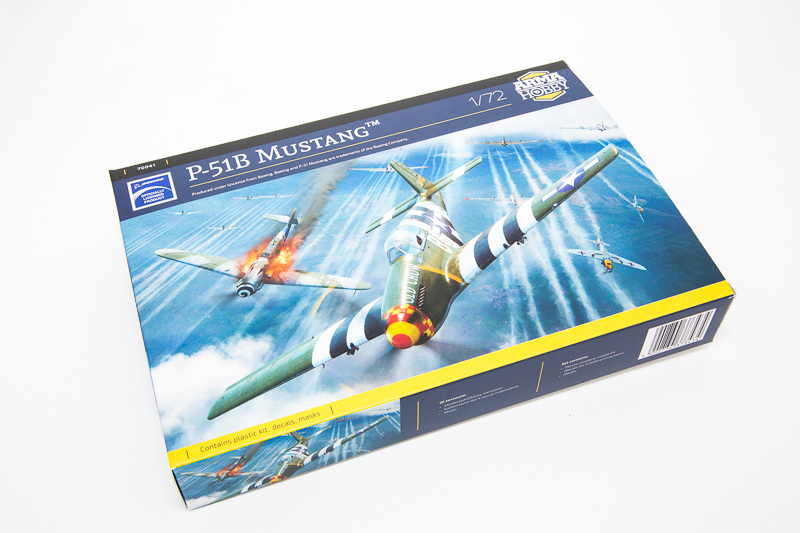 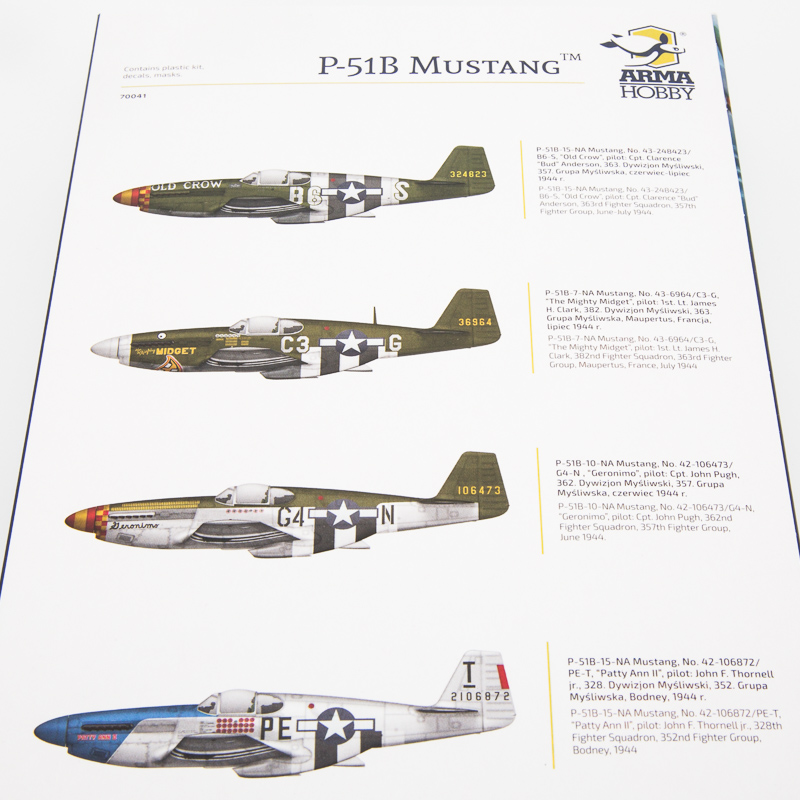 And not only “Old Crow”, this is the 8th AF-boxing we all have been waiting for!

Stay tuned, I’ll probably make a start on these already this weekend. And I will of course build them the way God intended - as a Bud Anderson combo!

I’ll be here looking over your shoulder, Magnus.

Magnus, how could I stay away from another P-39 build? Looking forward to following your build here!

As always Magnus, following with interest!

I am keeping my fingers crossed that Arma turn their considerable talents towards the TBM Avenger for their next kit!

I loved Old Crow and even visited their old distillery last spring.

Friends! I promise do do my best

@Russelle Avenger? Not a bad guess really, it will be interesting to see what comes after the D-Mustang. I have a nagging suspicion that it will be another Japanese aircraft, not based on any facts though!

@Dan I’m not a whisky-guy but that old distillery seems to be a fascinating place! 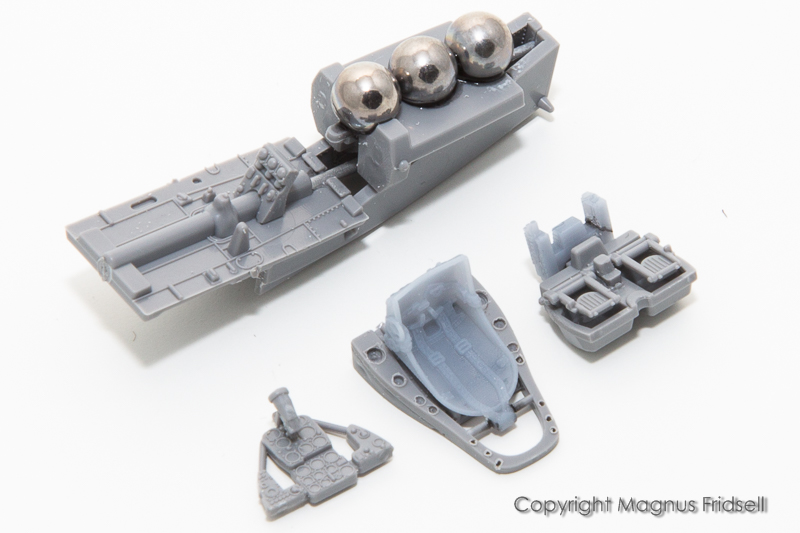 The seat and the breech blocks are 3D-prints, details is on par with very good resin but the plastic is rather brittle (there is a bonus glue joint on one of the breech blocks…) and it feels a bit “soapy” and difficult to glue. The VMS Black CA worked though and I should really quit complaining and embrace modernity… 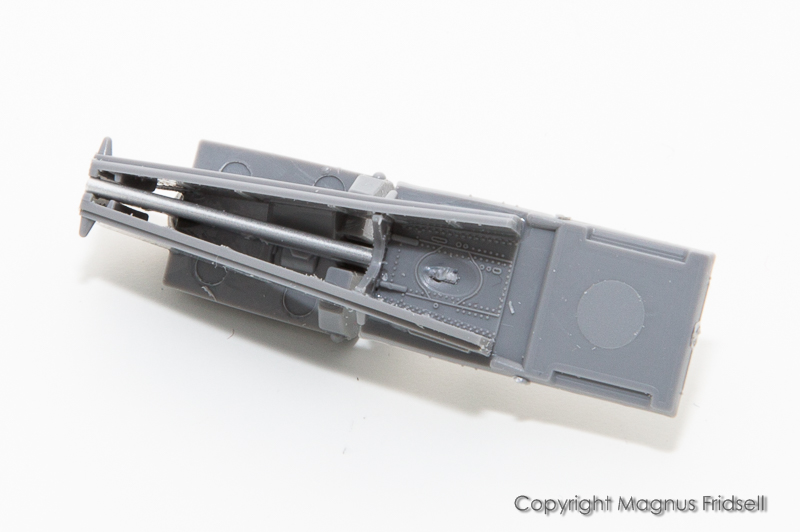 The only major fix yet was exchanging the cannon for an aluminium tube O. D. 1 mm. Nothing wrong with the original but it was easier to exchange it than to clean up the seam lines

Magnus,
Did you look up pics of the old distillery? Scary looking place.

Making good progress here, Magnus. Yep, the 3d printed stuff is a bit different to regular styrene for sure, a little bit soapy, bit more brittle, but easy enough to work with

I do hope for an Avenger: The Hasegawa issue is getting a bit long in the tooth and is costly too

; it would round out the “Midway” trilogy nicely, what with Arma’s F4F and Flyhawks’s SBD already released…

@Dan I googled the distillery, creepy but fascinating!

@Russelle That reminds me, I have to get that Flyhawk SBD!

Things are moving forward but slowly, I haven’t felt like painting so most of the work has been cleaning up parts and assembling as much as I can but running out of parts to work on I have no choice, I’ll probably at least will get to some primer today

! The Mustang is at the same stage but since you can follow the building process here II’ll start posting photos when I get to the paint stage on that one as well! 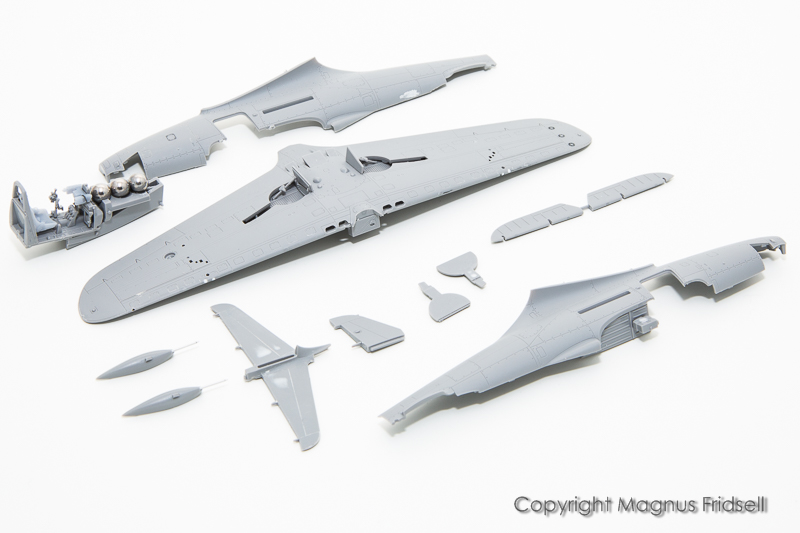 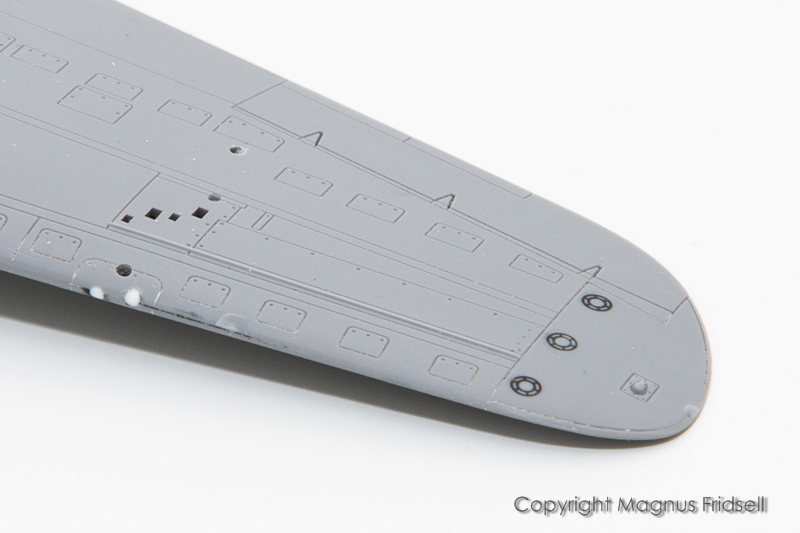 …and using black VMS super glue to fill in some detail that wasn’t present on the original aircraft. Works very well and I love the fact that the black colour makes it so easy to see what I am doing. 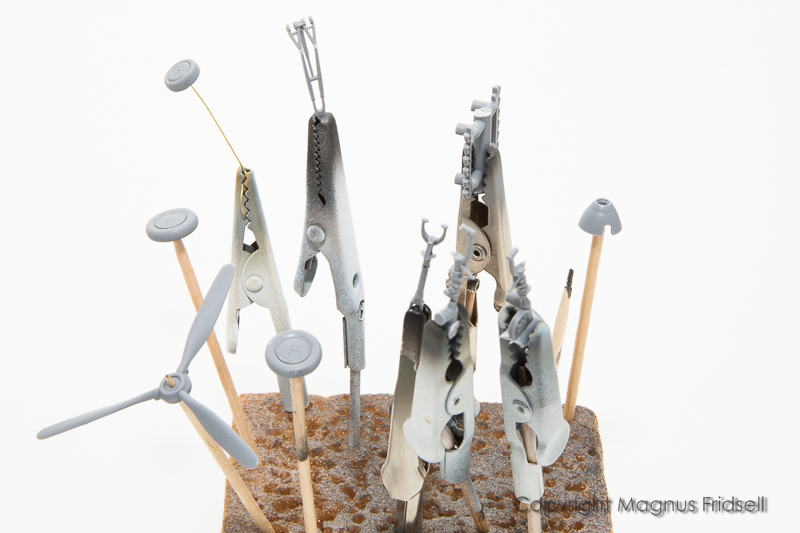 And finally some parts on sticks!

And finally some parts on sticks! 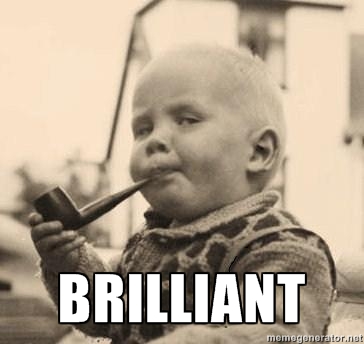 Magnus,
I visited it last spring and we took a walk around its perimeter and it would make a good set for a horror movie.
Love your P39.