I tried Badger Stynylrez primer for the first time and I was COMPLETELY disgusted! 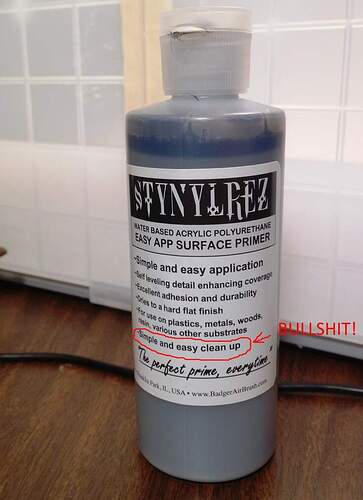 It didn’t spray at all, despite thinning with 70% IPA. And to my horror, it clogged up my airbrush and coated my needle and nozzle within 3 minutes!
What’s worse, it was completely impervious to alcohol at this point. I also tried Vallejo airbrush cleaner - no use.
In desperation, I tried to clean it off with lacquer thinner. Again, to my horror, it turned the primer into gunk inside my airbrush… all I can say was… “four letter word”! 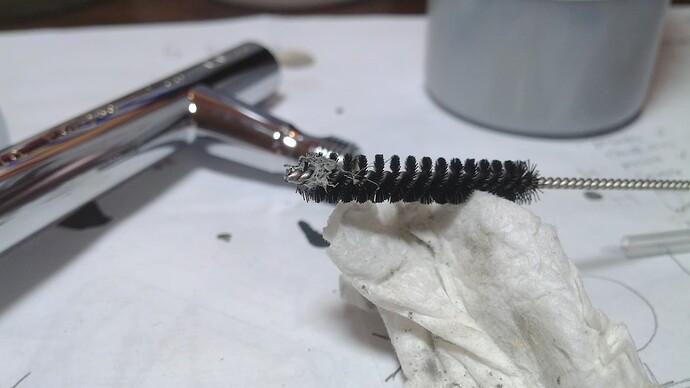 I was aware of possible issues with this primer before I tried it. But I was deceived by the numerous good reviews online, so I took the chance. Turned out I ended up just like this poor guy:

Some people swear it is good, while some like me find it completely “excrement”. The ratio is about 50/50. My guess is, it is either due to inconsistent formula, bad quality control, or a combination of both. It boggles me how Badger can keep producing something with such high defect rate. Shameless.

So here’s to you Badger: 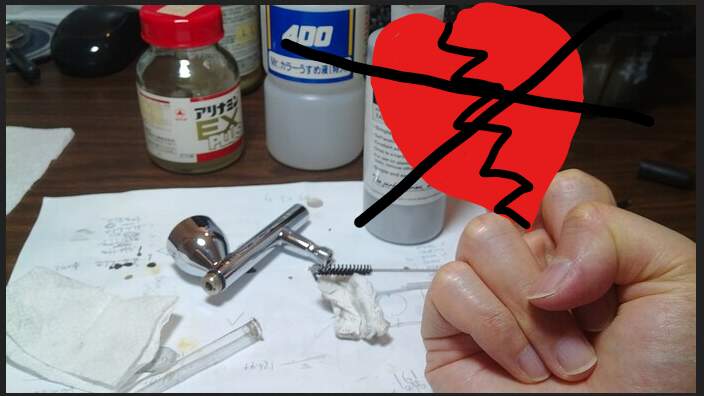 I’m done with this “excrement”. I’m not looking for advice on how to make this primer work. It just doesn’t. Thank you.

Also, the One Shot primer by Ammo is a re-branding of Stynylrez, so it may have the same problems.
Buyers beware!

Also, I’m looking for spectacular ways to “terminate” this bottle of misery.
Something along the lines of “full auto shooting range”

Why would you thin a water-based product with alcohol? The same thing would happen if you diluted Vallejo Model Color with alcohol. I use Stynylrez on lots of projects and have not such issues. I don’t even thin it.

I just did a quick search on thinning Stynylrez and the first site I clicked on a guy asks about thinning ratios and every response is DON’T THIN IT.

www.intscalemodeller.com (ISM) - Established on 23rd May, 2013. An International Scale Modelling forum focusing on fun and information. A haven for all modellers everywhere....

I think this one’s on you, pal.

I too found stynlrez didn’t work well, I had a hard time getting it to spray well. I’ve now switched exclusively to mr surfacer 1500 black.

I feel your pain whatever the reasons, my question is what’s wrong with the basic Tamiya rattle-can primer? Not a rhetorical question, I’d like to understand what additional benefits other primers like Stynylrez claim to offer?

I guess, for me, its that rattle can primers always seem to need sanding adown and smoothing after application - as they are sort of ‘grainy’.

I apply primer using the airbrush and it goes on like a regular coat of paint and doesn’t need any after-thought.

I’ve used Tamiya “rattle-can” primers (both white, and gray) for decades, on armor, ships (mostly 1/700) and associated PE, car kits, and figures. I’ve never had grainy results, and always a nice smooth matte finish. You just have to know how to spray properly!

I got it spray okay,but my airbrush needed complete disassembly to clean it out.

I have only ever used Halfords rattle can matt primers in grey, black and primer red. Always comes out nice and even, never any issues with it.

Personally I try to avoid primers when I can, only using them on metal parts, or if I am for some reason using a paint that bonds weakly with plastic. Tamiya acrylic had this issue, until I switched to thinning with lacquer.

It was the IPA. I have sprayed it right out of the bottle, but it was peely-offy, like Lifecolor paints. I’ve read that mixing it with Future will make it go down rock-hard. Still have to test that, but I’m willing to give it a shot.

I have a bottle of this stuff. The first words on the back label of instructions are “No thinning necessary”. The last words are “Clean your airbrush by immediately spraying MODELflex airbrush cleaner through it.”

Pointing out that you didn’t follow the product directions and almost certainly brought the problem upon yourself is not “advice on how to make this product work” or “starting a keyboard war”. It’s an attempt to give you some self-awareness. That’s not to say this paint is a perfect product, but whatever problems it may have were completely overshadowed by your deliberate actions.

Next time, perhaps you will look inward before standing on the rooftops to blame someone else.

Like Tim, I have used Tamiya Rattle can primer for years and never, even once had an issue with a grainy finish when sprayed off the model first, then across it, then off again before releasing the nozzle. You start or stop on the model, you get poor results. Light coats and allow it to dry between layers and it is perfect. Yes some areas can get tricky angles, but with appropriate care, the rattle can is still good for those.

Spray cans don’t offer the flexibility of an airbrush

Stynylrez needs a big needle - 3 or larger. All the problems the OP has stated are what I experienced when trying to spray with too small a needle.

I have used this stuff a couple of times and I DID NOT thin it. Out of the bottle then when done immediately flush the AB with lots of water and I even snuck in some Windex window cleaner. I have 3 colors white, black and gray and all perform the same. I too mostly now use Tamiya fine surface primer (light gray) 87064 rattlecan. It is a tad on the $$ side depending on where you can find it, but it saves all that time cleaning up the AB.

All things aside I am actually using Mr. Surfacer 1500 through an airbrush currently rather than StynylRez as I am out of 'Rez and have not liked the prices online last I checked, and I found a lot of bottles of the 1500 at a really good price in my LHS. Both products last me a long while or lot of kits (I build a lot of armor so I go through a lot of primer) but I preferred 'Rez for the lesser odor and no harsh chemicals for cleanup. Advantage of the 1500 is it seems to dry faster to a sandable state.

I do like the Tamiya can but it is a bit pricey for me and as mentioned by others I too enjoy the better control afforded by an airbrush.

I had the same problem but got a bigger needle then .30 to get the primer to work for me.

First I am sure some will not like this forum location but figured since it was AFV postman thread that folks asked for a review this seemed to be the best spot for them to see it. I bought model G233 from Amazon as I was looking for a bigger needle for primer painting. It comes with a 0.2, 0.3 and 0.5 needle and tips. It also has a quick release connection parts. [image] The model is very similar to the Iwata HP-CH gun I already have. This Iwata has a top cup but also a MAC system. My Maste…