Hefes are my beer of choice. There is a great brewery that opened right in my city by a German brew master that moved to alberta from Germany with his son. They brew it together and it’s the best darn beer I’ve had. Brewery is called Fahr if any other Canadians want to check it out.

As for the campaign, I think I’ll be in with AFV clubs Sho’t Kal from the 1973 Valley of Tears engagement. I’ve had a hankering to do something desert themed for a while so this fits the bill

Now I feel compelled to show my stash in Afghanistan again. Could it be that Afghanistan was the dumping ground for beer no one else wanted? It seems so. I was always partial to Tuborg Black or Gold, which of course the Danes did not give me. 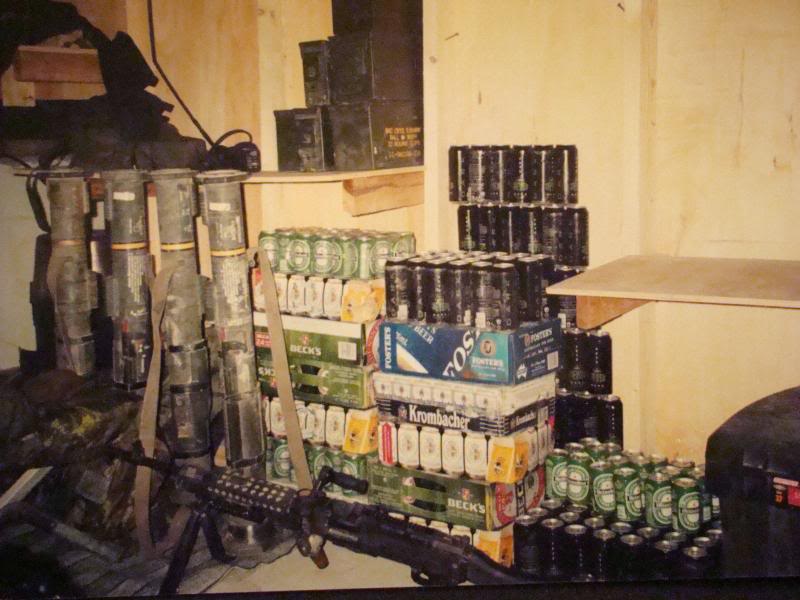 I drink beer according to what I’m eating. TsingTao with Chinese food, Chang with Thai, Sapporo or Kirin Ichi Ban (literally means number one) with sushi, and Tecate with Mexican. For hot dogs and burgers, who cares? It’s American, which does little for me. I’ll usually grab Bud Lite. But if you’re on a budget like I was in my younger years, nothing like Red Dog. Look up their logo. Now turn it upside down. Is Batman being naughty? Always a good beer on a first date…

Which brings me to the best I ever had. Anyone who ever went to the Chicken in Germany for maneuvers probably made a trip to the monastery. We were authorized a purchase of one liter on our trip. Being a good soldier when it suited me I did just that - I purchased one. My buddy who didn’t drink purchased the other. I drank both.
It used to be ranked #1 in the world, (or was it just Germany?) right next to Budwar which was second. Unless you read Penthouse instead of Playboy - then their rankings were reversed. 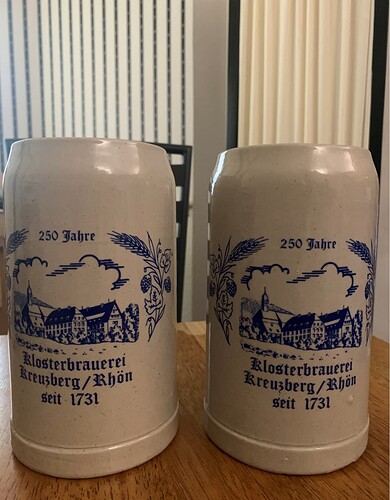 So on the way to the Chicken from Berlin we had to stay over in Hildesheim. There was a Brit tank unit there where I had hoped to see a Centurion, but alas there were only Chieftains. (really weak tie to original thread…)
We did manage to engage in activity worthy of kicking a few rungs out of the career ladder, so it wasn’t a total bust at least.

did a tour of the Guinness factory in Dublin

Ah, yes I have done the the Guinness Storehouse tour too. With my wife and my then teenage son. My wife wanted to pour one, but I got to drink it. Then I poured one for myself. Shortly after we progressed upstairs where I used my son’s ticket to acquire the third - all before lunch on a relatively empty stomach…

Now I feel compelled to show my stash in Afghanistan again.

Nice collection of ‘shotgun cannisters’ there. Didn’t someone once say alcohol and guns don’t mix?

My wife wanted to pour one, but I got to drink it. Then I poured one for myself. Shortly after we progressed upstairs where I used my son’s ticket to acquire the third

God bless the non-drinkers amongst us as we make use of their beverages.

Oh there are some good lagers around. And can be very refreshing.
It’s the mass produced cheap stuff that’s nasty!

Didn’t someone once say alcohol and guns don’t mix?

That person was not from Texas. 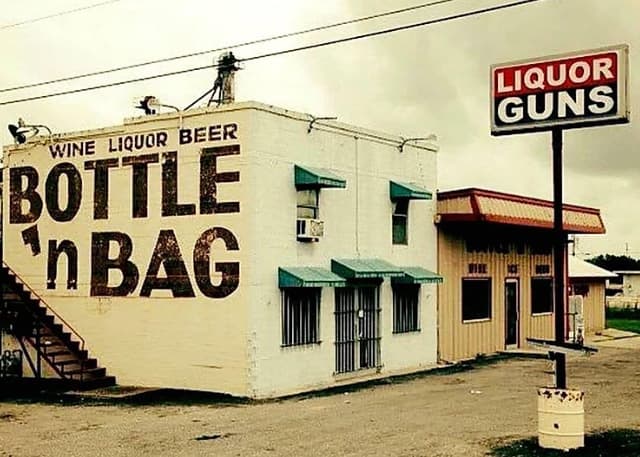 Back in the 1990’s, in Glenwood Springs, CO, there was a Pharmacy sign that read… “Drugs Guns”

Jeez talk about hijack - It would appear it was…harrumph!…our Colorado correspondent who derailed this poor unsuspecting Centurion thread with the first Fosters reference. Someone responsible ought to report this to Robin, maybe he can lift the beer discussion out and drop it into Off-topic shenanagins so we can continue, undisturbed by plastic model-making.

Hello, my name’s Tim and I have a problem with beer…awful, fizzy, tasteless beer.

My story: back in the early 80’s I commuted via bicycle to work into central London, 4 miles each way. One summer’s day after work a bunch of us went carousing, fuelled on pints of Fullers ESB. That stood for Extra Strong Beer I believe, but we knew it as Every Sucker Blitzed…(when I was at school in Cardiff we had Brain’s SA…Special Ale but we knew it as Skull Attack). Anyhoo I have no idea how I cycled home, one of the stupidest things I ever did (in the dark too) but I made it…my half-way sober memory kicks in as I rode way too fast thru the front gate (luckily it was open) following the path around the front of the house to a side-gate – a typical large Victorian rez with a deep well allowing light down into the front basement window, a drop from ground level of about 12 ft…you can guess what happened next. Such were the outstanding anaesthetic properties of ESB, I only found out that I’d broken two ribs 28 years later when I broke a third & the X-ray report revealed all

And… back to Centurions…

Has anyone built the AFV CLUB IDF SHOT KAL 1973, the AMUSING HOBBY IDF SHOT KAL - ALEF VALLEY OF TEARS 1973 or the TIGER MODEL IDF NAGMACHON DOGHOUSE … I really want to try something IDF and these look nice but user knowledge is always a great first step prior to pulling the trigger on one ??

Jeez talk about hijack - It would appear it was…harrumph!…our Colorado correspondent who derailed this poor unsuspecting Centurion thread with the first Fosters reference. Someone responsible ought to report this to Robin, maybe he can lift the beer discussion out and drop it into Off-topic shenanagins so we can continue, undisturbed by plastic model-making.

… Well, not entirely. However, I take responsibility for suggesting that Aussie troops ingested the “F” swill.

After which many others bergen sharing their tastes and that’s where the campaign ran amuck.

So where do we go from here?… Will Sherman Foundery Numbers be seared into my forehead using CA glue?… Shall PE and resin be plinked onto the Carpet Monster while leaving me to roam an eternity in search of the tiniest grab-handles?… Should I be chipped and weathered beyond recognition?

Or, let those without sin cast the first rivet. ………

And now we return you to your regularly scheduled program, already in progress.

’Centurions: Fist of the Empire’

I have the ‘early’ TM Nagmachon unbuilt. 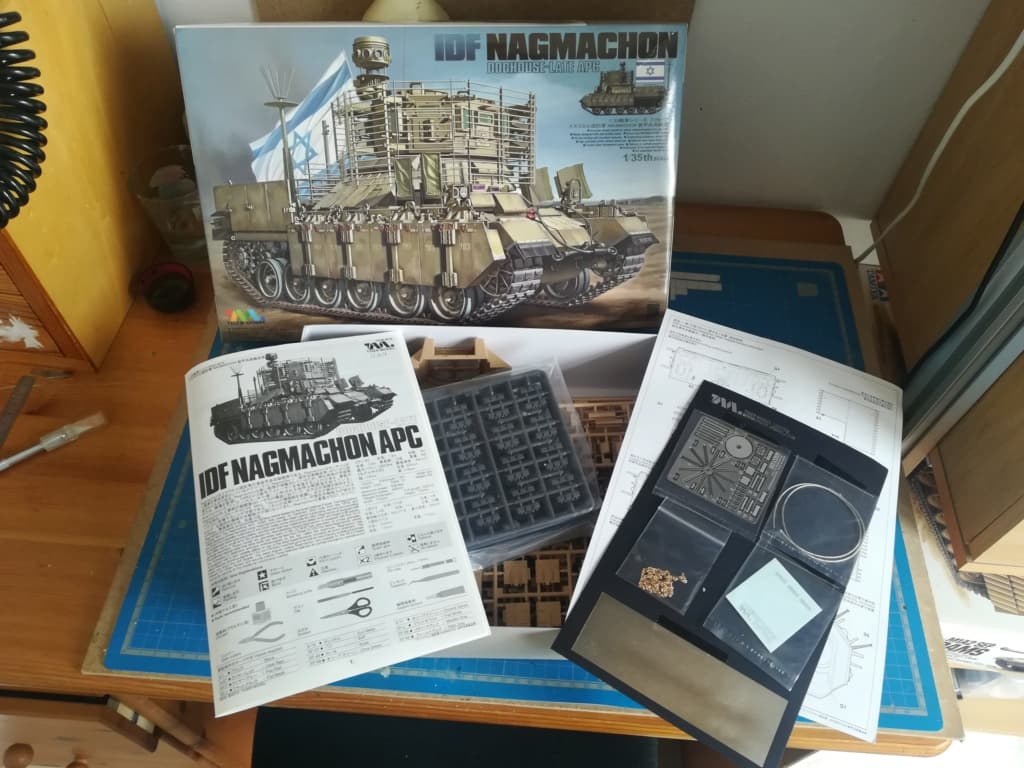 It is missing the shackles for the chains and the bars are a little thick, but I suggest you have read through the build logs for Olivier’s opinion, then make your own decision. Also look over the comments by ‘ReluctantRenegade’ on a few of the corrections he suggests.

Just had a look at the link for that IDF campaign. Some very good shots on there and helpful advice ref that kit ----- Cheers mate

Your rail dio has to have a F mark placed about and worn as penance. Now go and sin no more my son.

Has anyone built the AFV CLUB IDF SHOT KAL 1973

I have built this one (granted I built up as a British Mk 5/2) and it went together well. 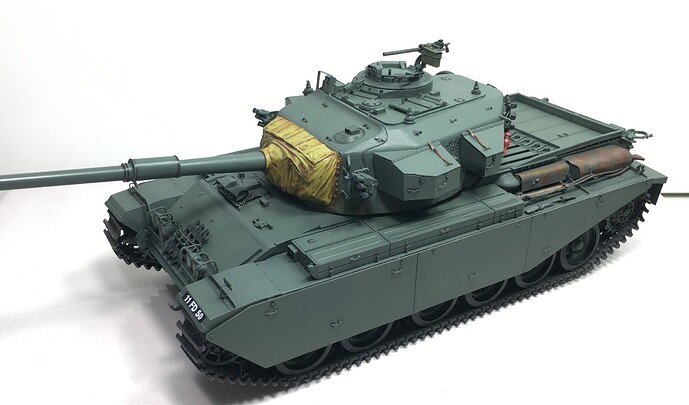 I have built 2 of the AFV club cents and have had no real issues. Just make sure the front idler wheels are very securely fastened as I had issues with the kit supplied tracks bowing them backwards slightly (you can kind of see it below). 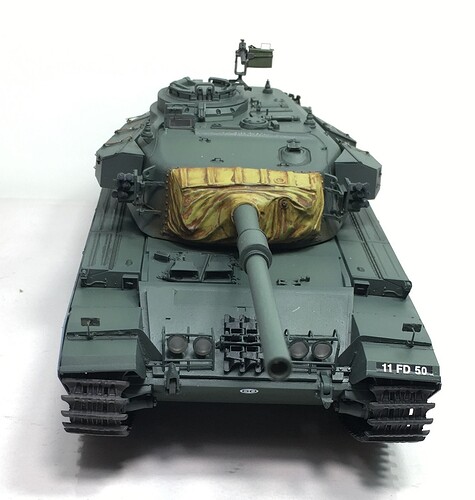 Just arrived in the mail from HLJ 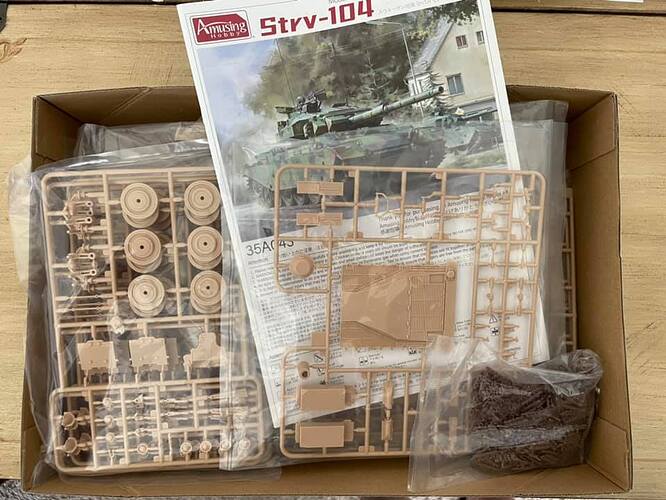 Nice! I’ve never built anything from Amusing Hobby before. I was eyeballing their Mk. V AVRE but I chickened out. Excited to see how this builds up.

Hey @Johnnych01 i just bought the afv club sho’t kal 1973 off eBay. I can post some pictures to help you’re decision when it comes in! From my reading afv club got the wheels correct and amusing hobby didn’t. The afv club one also comes with a metal barrel but vinyl tracks.

I haven’t fiddled with them enough yet, but tracks that came with my Mk V are looking very tight indeed. I’m going to have to upgrade for sure.

Afv club makes a set for the centurion on styrene but sadly don’t include them. I might go Friul on this build