As part of the Snow White Campaign, I am building my Soviet Armored Aerosan

This campaign is open to any subject from any era. The only restriction is that the predominant color must be White. It can be a field applied winter camo, a modern Arctic camo or even an APC on U.N. observer duty somewhere like the Sinai. Here are the conditions: All scales All eras Any nationality No previously started kits No dios Aftermarket add-ons welcome The dominating color of finished model must be white At least two in-progress pictures posted in the campaign thread At least two pic…

Here’s the kit in question 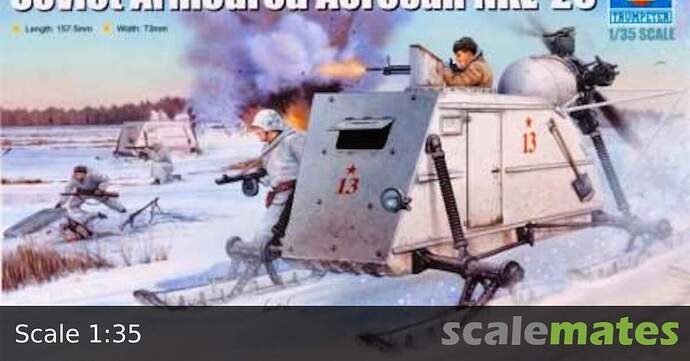 Here’s the basic layout. It’s a fairly simple project, but with a decent amount of PE. I think I should be able to knock this out over the holiday break. 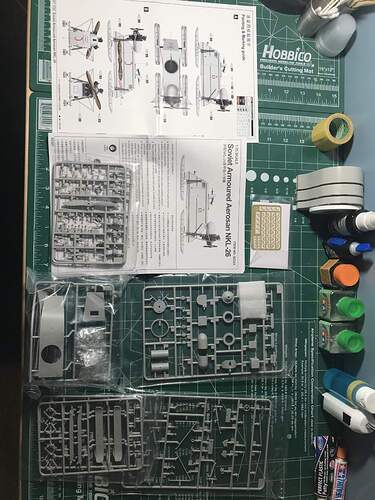 The first thing I noticed was the large number of sink marks and issues on the interior body. Rather than trying to fix this, I’m just going to build it mostly closed. You’ll be able to see in from the turret, but just barely. 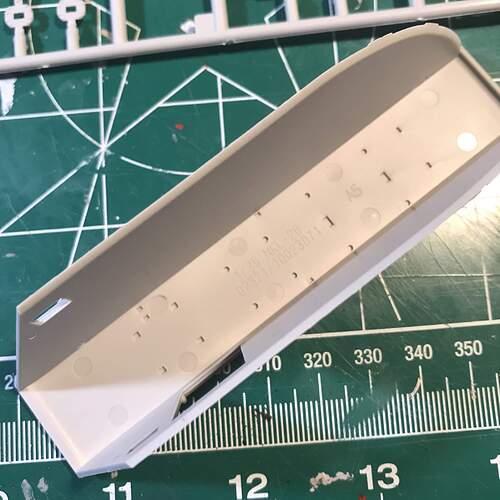 Here is the interior built, and with a basic wood grain effect for the walls? 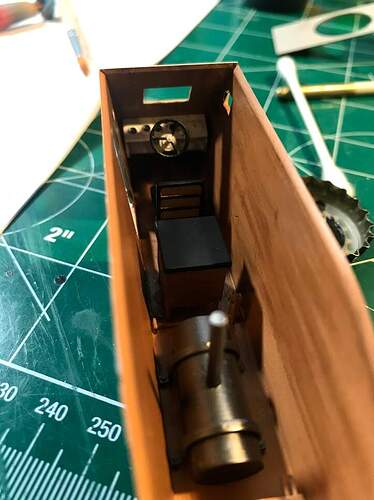 Thanks the wood is actually a really easy trick.

After priming, put down a base coat of a light brown color. In my case, it was MIG Khaki Brown.

Once that’s dry, glob on entirely too much Raw Umber oil paint. Then, just take a cotton swab and clean up the excess oil paint, always dragging in the same direction.

I’m currently working through the rather tedious photoetch on each of the skis.

10 pieces each side, each with two tiny folds. It’s looking good, but getting those tiny folds in a real pain. But I think I have a system now. Two down, two to go 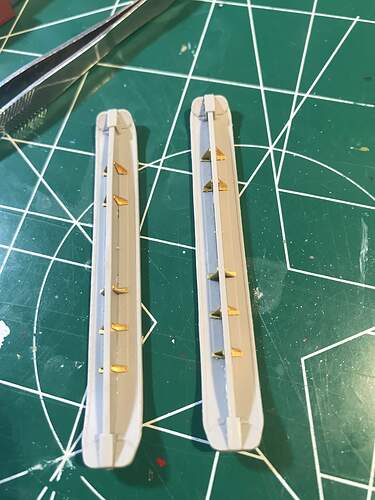 This little kit has PE details as well. Following this unique subject build

Four completed skis with all the PE and the fixings.

That’s enough PE for a while. 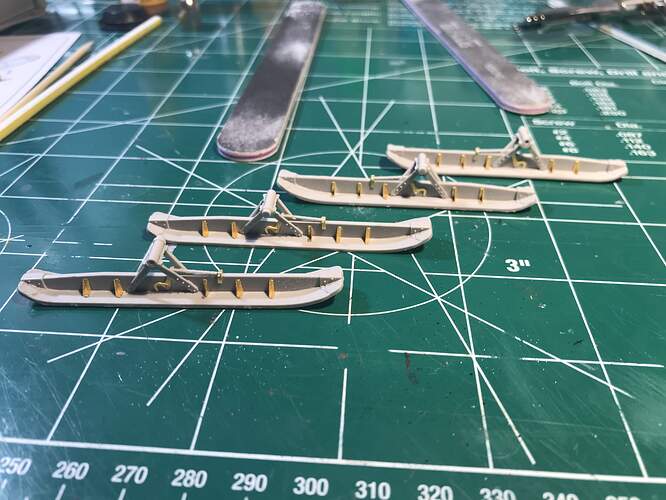 Tip: if you don’t have Google Translate, it’s pretty amazing what it can do. Helps for both translating instructions as well as decals. 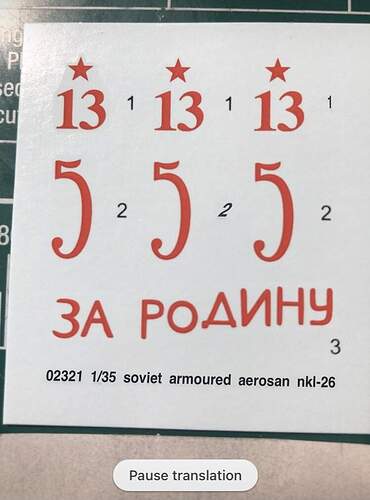 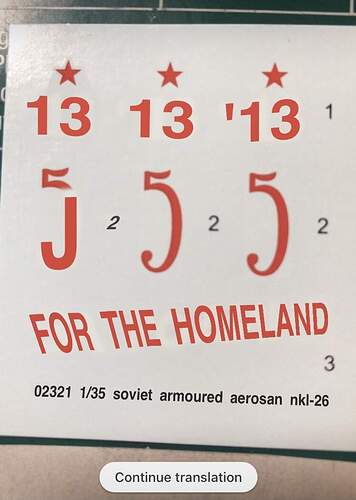 Major assembly is complete. I left a few pieces off to make painting and weathering a little easier.

I was very impressed with the engine detail out of the box. A lot of fine detail, but it went together really easily. 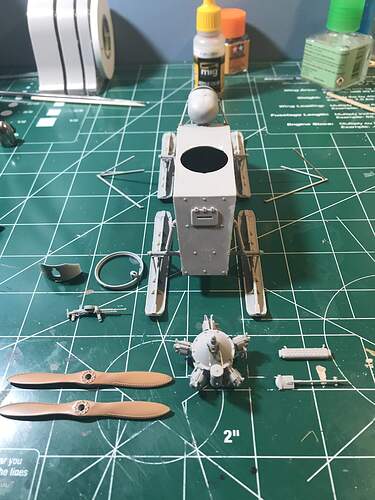 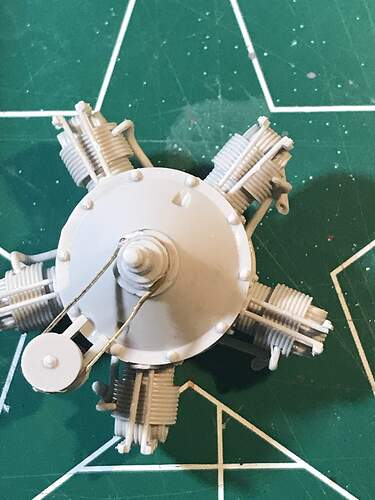 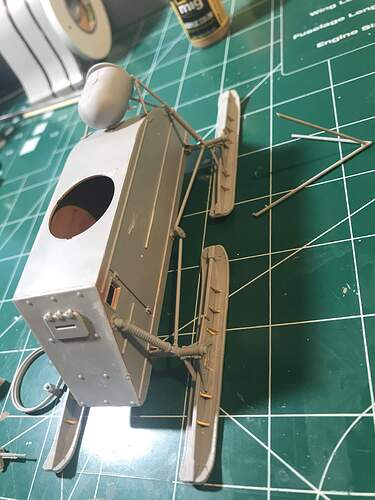 no wonder why the kicked the German’s butts! Look at that thing! Looks like it should be on the planet Hoth!

Base colors, decals, and final assembly is now complete. Next up I want to pick out some of the details, then it needs some weathering to tone down the bright white and this should be good to go. 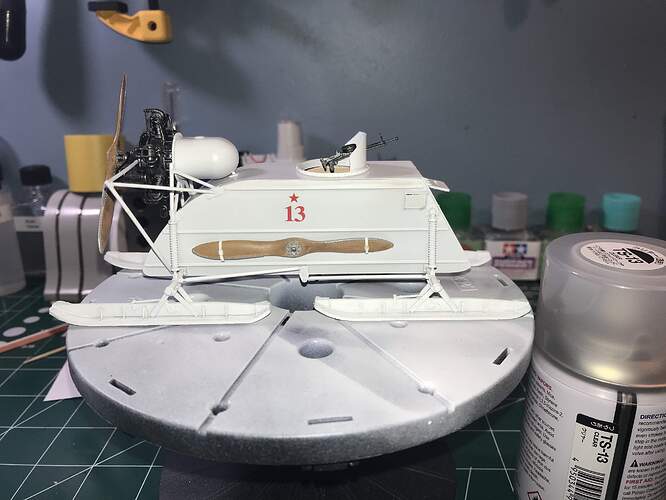 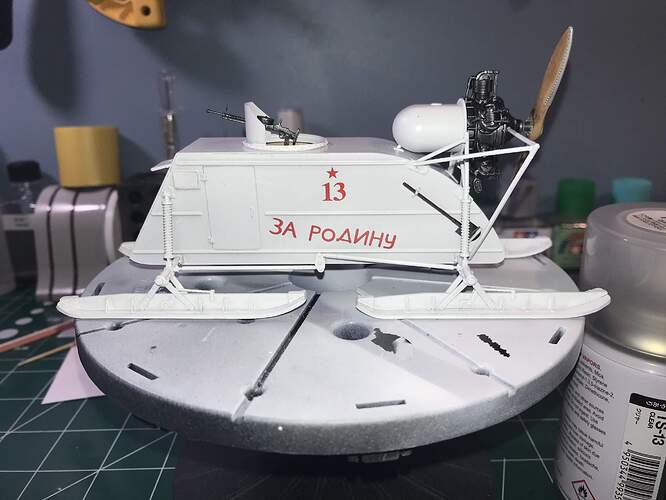 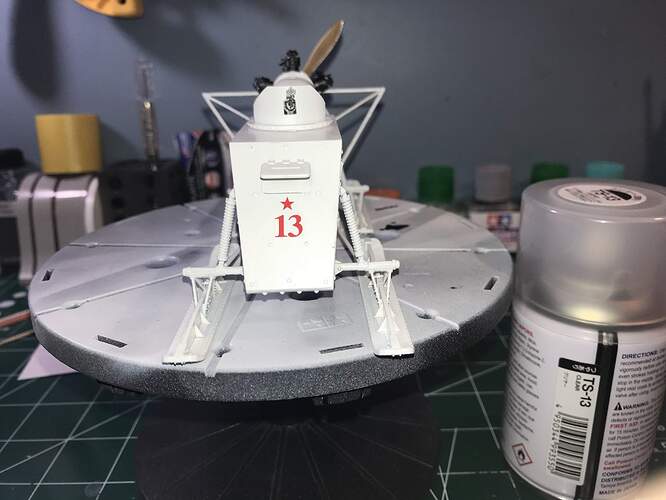 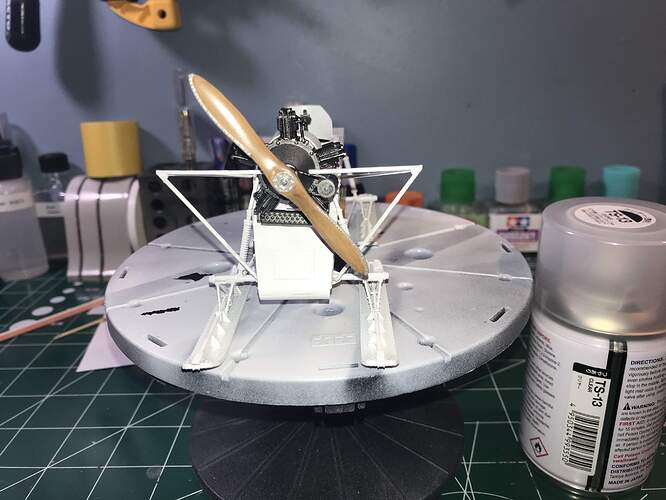 Here she is, in her final form.

I was pretty happy with this kit. I think I could have done a better job in some places, the seams aren’t as nice as I’d like in some places, and I always forget how much I hate white paint jobs.

But I do like this kit, and I am happy with the results. 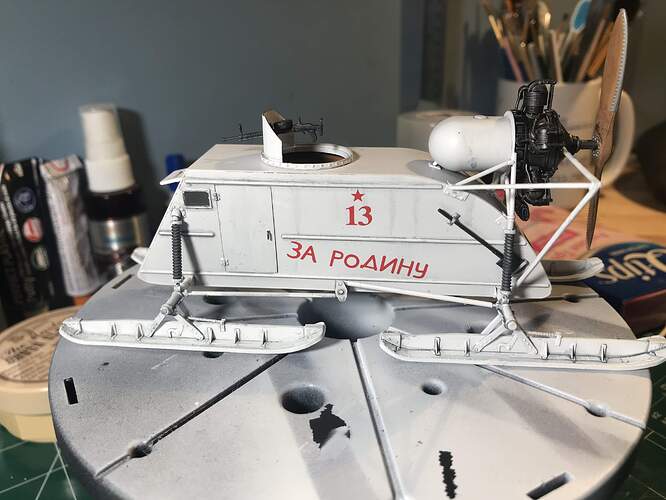 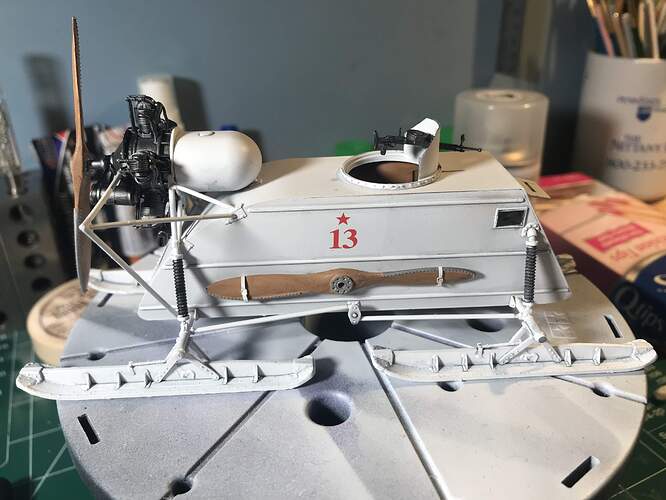 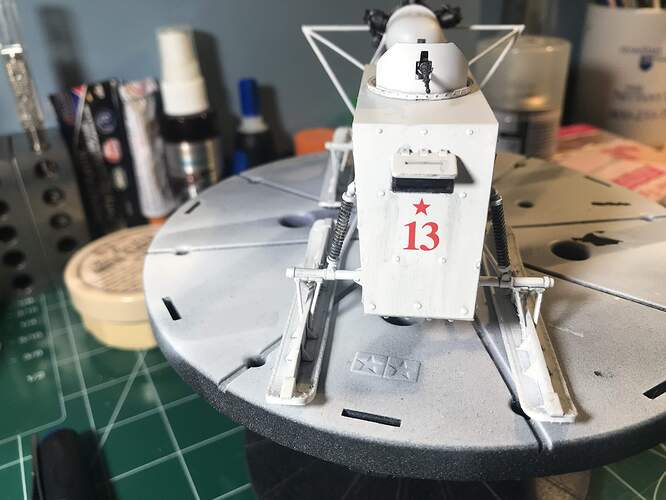 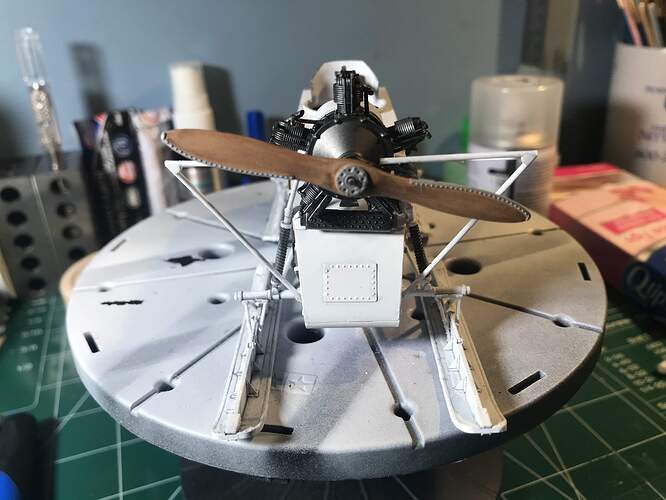 This build is so RAD!

Take the MG off and it could be a rural mail carrier postwar.

It’s too bad that the Trumpeter kit has serious dimensional errors that results in virtually everything being out of place (door, ski mounts, MG “turret”, engine mounts) or the wrong size (side windows, body length, rear curvature.

It snowed today, so I was able to get some great shots of the model outside in its natural element. 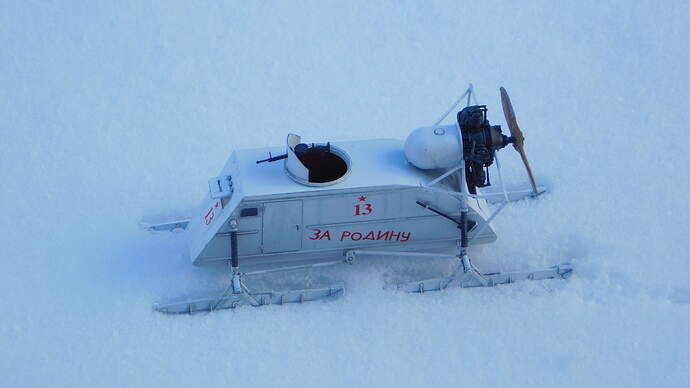 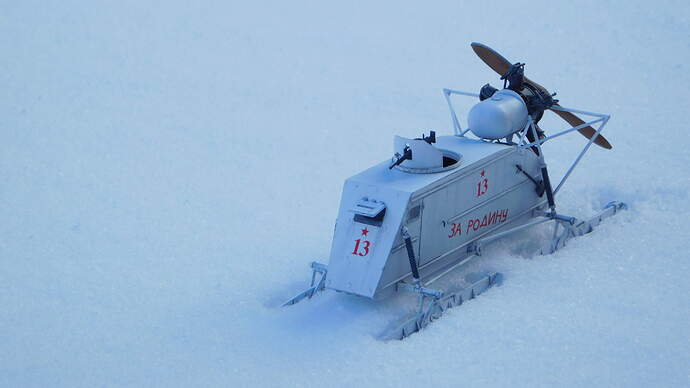 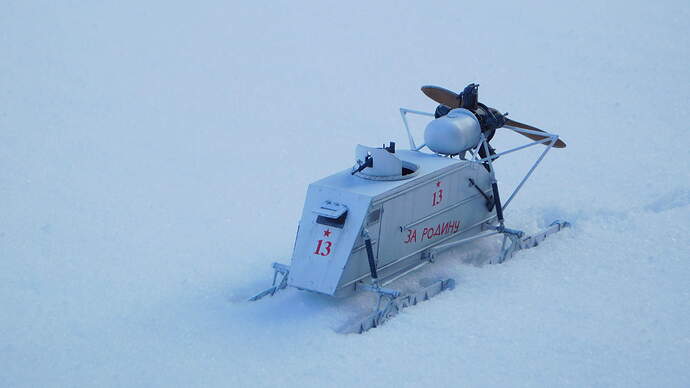