Based on the below thread, I started getting interested in finding a version of fuel trailer that looked close to the old Monogram 1/32 trailer that has been around for many years. I had an old trailer that had been relegated to a box for later use many years ago. I thought about reworking it and bringing it back to life.

Hi all, I know this topic has been discussed somewhere on here but darned if I can find it. Im looking to build an M52 or M818 towing a fuel tanker and I remember discussion on a couple 1/32? Diecasts that could approximate the M970 trailers used. Can anyone point me toward one or more diecasts that could work? Thanks guys, excellent site!

Here is the old Monogram Fruehauf trailer. For its age, it is actually a pretty detailed piece. It would stand on its own, but was not a version used by the US Military in its out of the box state. The worst part of the kit are horrible plastic wheels/tires. I’ll be replacing those with military tread 5ton wheels/tires from DEF Model.

It has been reboxed many times over the years. This was the last boxing a few years ago. 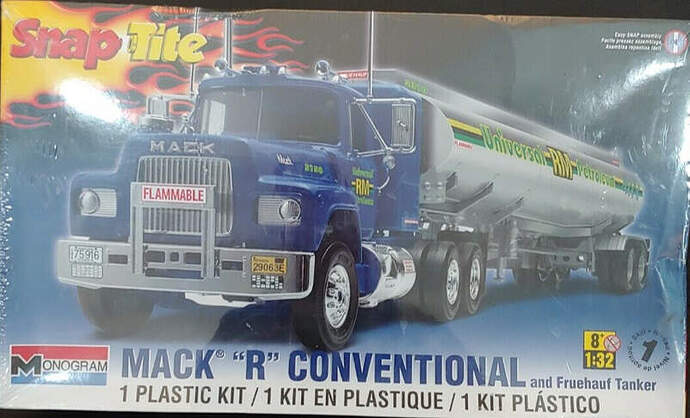 After a bit of research, I found info on the fuel trailer used by the US Military that looks almost the same as the 1/32 Monogram one. It is an M1062 Bulk Fuel Trailer made by Fruehauf, just like the Monogram one. 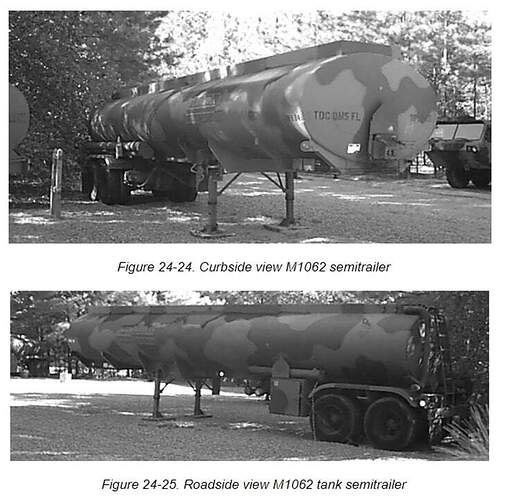 The M1062 is a bulk fuel line hauler and can be loaded with an external 300 GPM pump. The semitrailer has no on-board filter/separator or pump for retail issues. It has a single compartment with a capacity of 7,500 gallons plus 3 percent expansion space and weighs 11,566 pounds empty and about 65,556 pounds full. Full weight will vary depending on product being hauled. The entire vehicle is 36 feet 3 inches long, 8 feet 6 inches wide, and 8 feet 9 inches high.

It has only one access cover on top and different piping, but those are fixable. 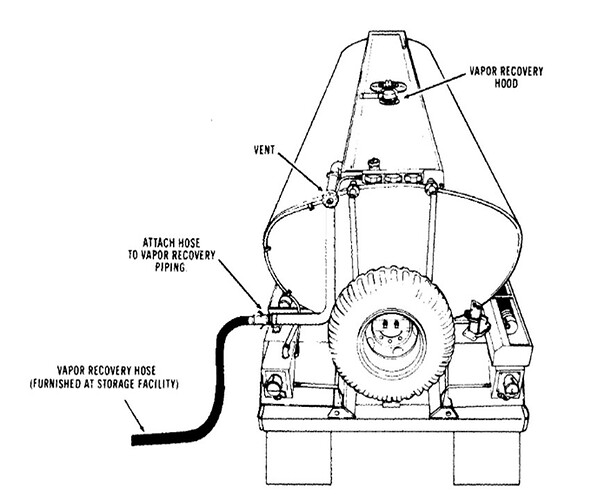 A couple walkarounds for references: 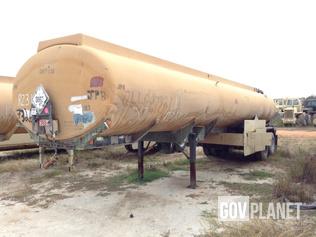 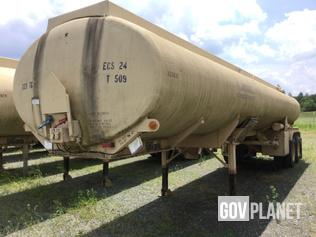 I started converting my old Monogram trailer into an M1062. So far, I have cut the tank down to a scale 36’ 3", cut off all the pipes and am reworking the top to have only one access cover, etc. I will be adding 5ton tires to it as well. 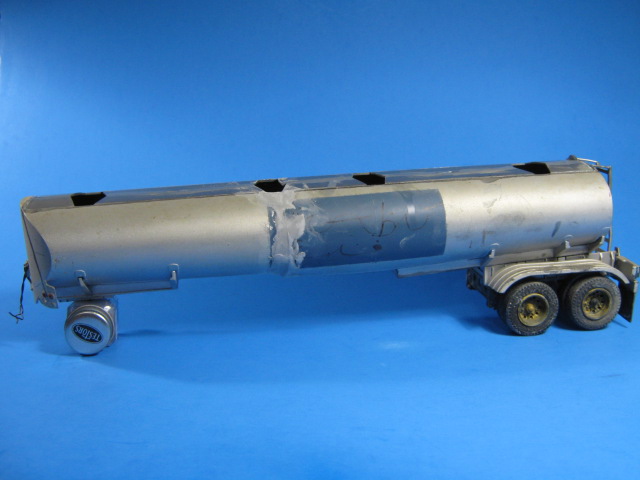 Morning Gino, just a quick question. What model fuel trailer would be appropriate for Vietnam and is this trailer usable for a conversion to one from that time frame? I’m in the process of moving, so my reference books are between houses somewhere. Thanks, Wayne

For Vietnam timeframe, it was the M131 Tanker trailer. It could be converted using the Monogram one, but will take some work. Go back and look in this thread for pics and dimensions.

Hi all, I know this topic has been discussed somewhere on here but darned if I can find it. Im looking to build an M52 or M818 towing a fuel tanker and I remember discussion on a couple 1/32? Diecasts that could approximate the M970 trailers used. Can anyone point me toward one or more diecasts that could work? Thanks guys, excellent site!

I’ve pretty much finished up the major construction on this one. I sanded down the joint where I shortened it. 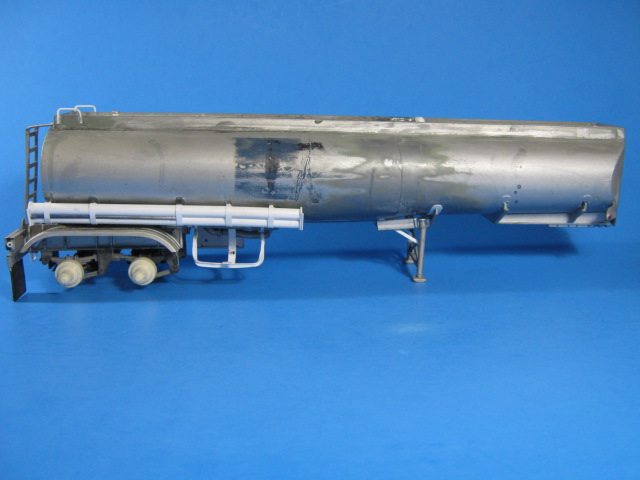 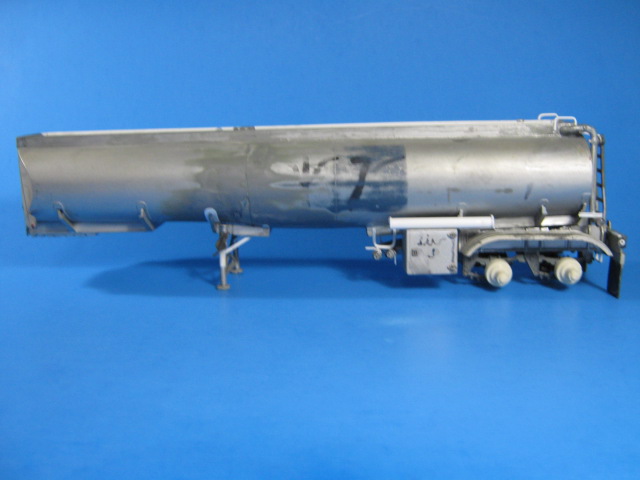 I added the landing legs back in a new position with a crank from a WWIII German bar jack. 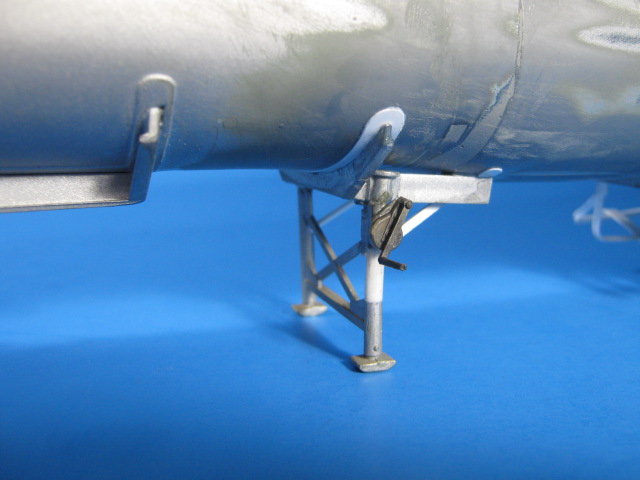 I reworked the top section so it only has the one access cover. 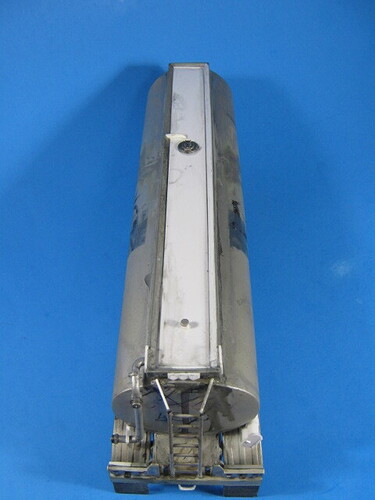 Rerouted one of the tubes to be the rear vapor pipe. You can also see the scratched up storage tubes for the hoses on both sides. I also added three marker lights on the top center of the tank. I still need to add wires for them. Rear black out lights from an M113 added as well. 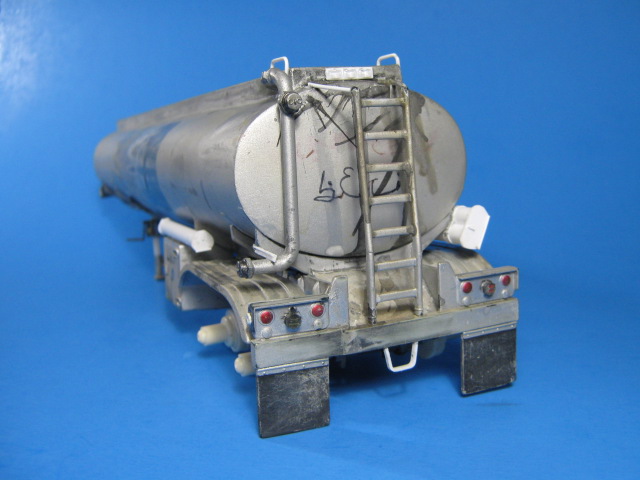 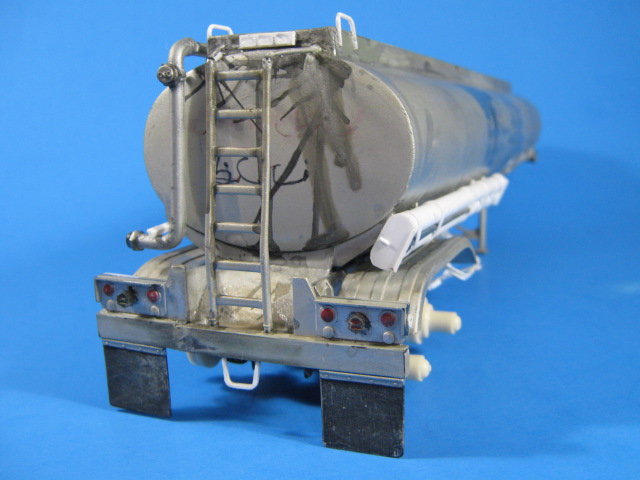 Here are the two drain lines with scratched valves and handles. 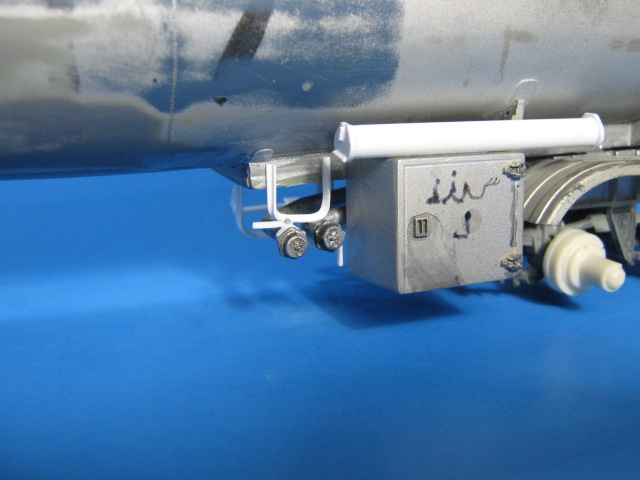 I also scratched up the spare tire holder. You can also see the hubs for the 5 ton wheels that will go on it. They are casts of the AFV Club M54 hubs. 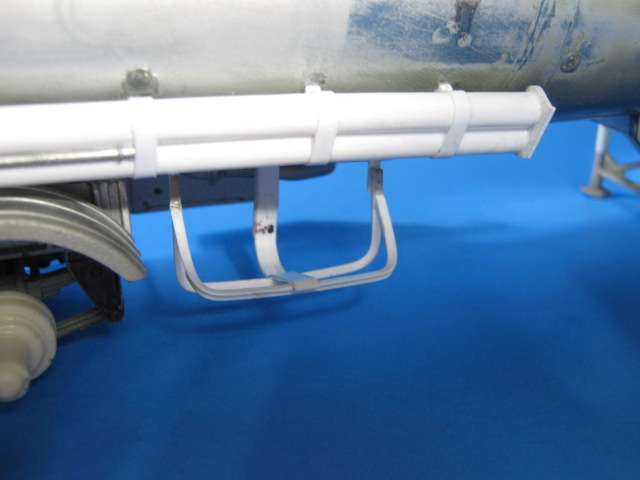 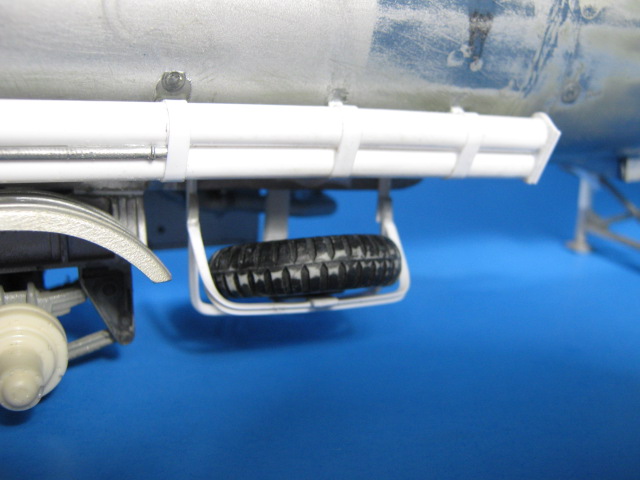 A few more details to add such as warning placard triangles and a few wires here and there. It is getting closer to what I am after.

Lovely work Gino, I’ve now got an instruction sheet on how to build mine!

I’m starting on the M52, horse before the cart.

Thanks. Glad it is helpful. I’m sure yours will come out great too.

I admire your faith! On a related note, I’ve run into a snag on the M52 build. Step 5 of the AFV kit, parts B41 and B42 call for the insertion of parts labeled “I” between the inner and outer sections of the hub. There is no sprue “I” in the AFV kit or in the second AFV M54 on my stash shelf.

These pieces (soft nylon/plastic inserts) are meant to secure the inner rear wheels inside the hubs, but maybe AFV discontinued them? Both kits were sealed in their bags and in great condition.

These parts are not needed. They are there like the rubber caps in some tank road wheels that allow them to roll. I glued all the hub parts solid on mine and have no issues. In step 13, AFV Club also calls for you to glue the outer rear hubs (B18 and B43) onto the rims, then insert them into the brake drums (B41 and B42) using the little pin and the rubber parts. I glue the hubs directly to the brake drums ahead of time and leave the rims/wheels off until later. I do the same on the front brake drums with the B18 part as well and glue the wheels to them later. I don’t need the wheels to roll and I feel the little pin is a weak point that they will break at.

This project is on a slight hold. I have decided, after looking at lots of reference pics that the M1062 should have road tires, not the military uni-directional tread tires like a standard 5ton. 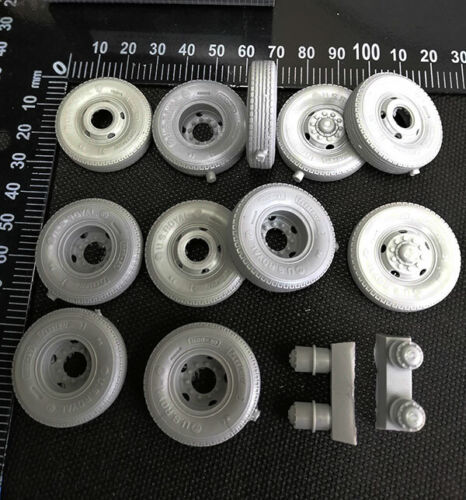 Once they come in, we’ll see how they look on it.

The tires look great. I just hope they don’t look undersized. That’s why I suggested something larger. I know many of us like to use 1/32 and 1/35 in the same diorama, but on the same vehicle - that’s a 10% difference in size - I think that might be noticeable. They why I dropped the idea of using M1000 wheels for my 1/48 scale tankas (I posted a request on BST a few days ago) and am just having them custom made to the exact specification I want. It’s only money.

The DEF M54 tires/wheels are the same size as the tires in the kit. We’ll see how these size up when I get them.