Nice job! That really is a mean looking vehicle! 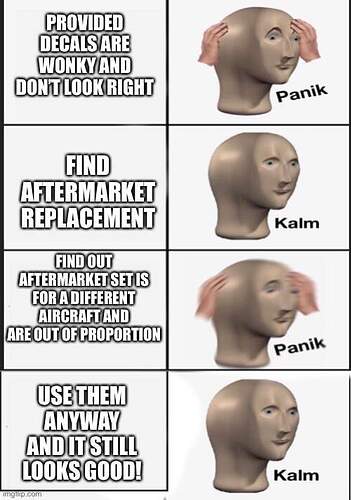 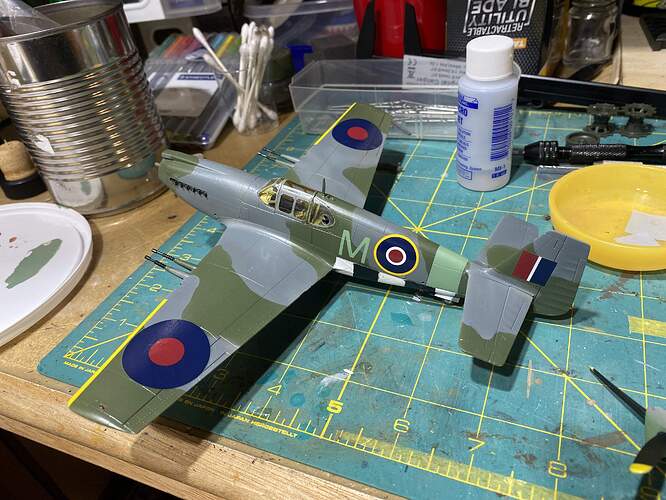 So… turns out the “generic RAF markings” I ordered are actually generic Spitfire and not Mustang markings…. Oh well. They’re a little off, especially the upper wings and the fin flash. It’s something I’m very willing to live with.

On the plus side, the decals them selves were awesome. They’re from Techmod and they are excellent quality. Very thin, no problems coming of the carrier (ok, I rushed one and tore it a little, but that’s on me). They seem to be settling down nicely despite the relatively shallow panel lines on the model.

I’ll see if they need another coat of Microsol and then onto weathering!

Yes, they still look good and are reasonably accurate.
It is the motto by which I build these days; something is better then nothing, as long as it is within acceptable limits. That eliminates a lot of annoyance and stress within the hobby!

Well, my Canadian Ram Mk. II is complete. A little stowage to dress her up and I’m calling it done. It was a fun build. A little PE, RB barrel, and Masterclub indy tracks. Comments appreciated. 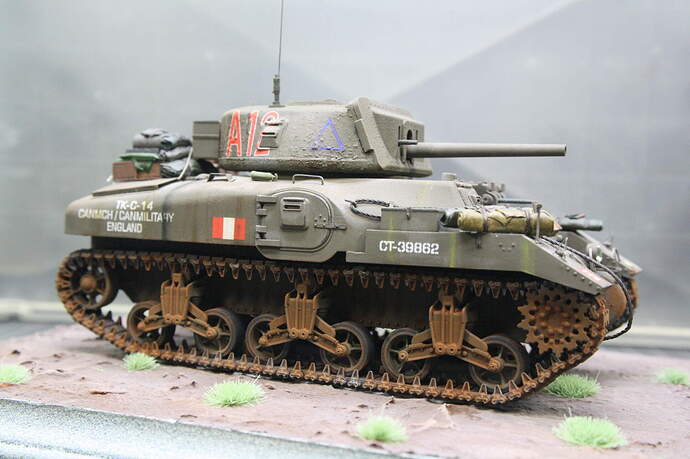 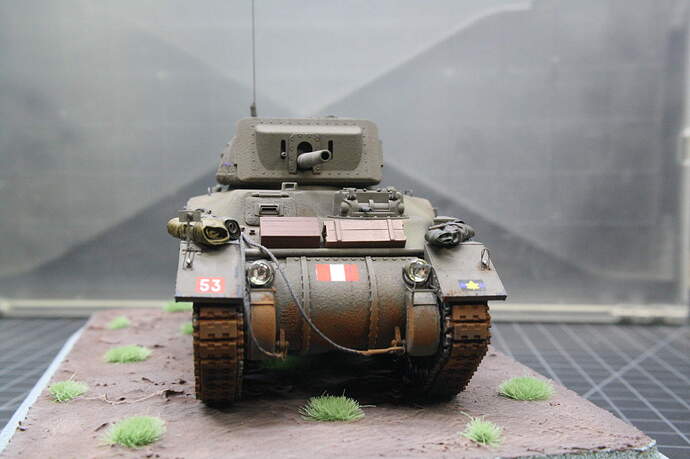 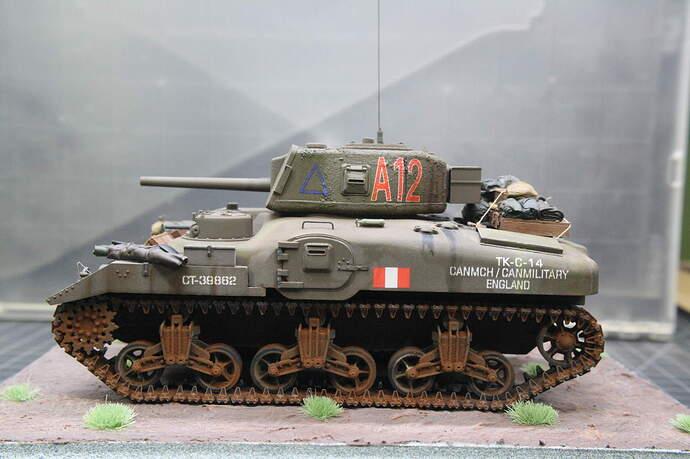 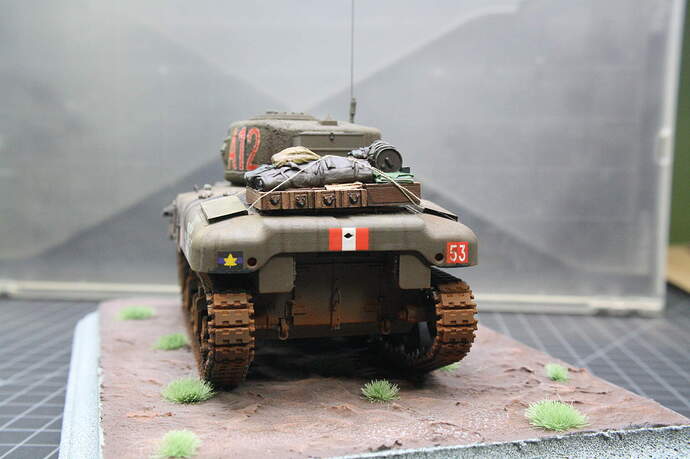 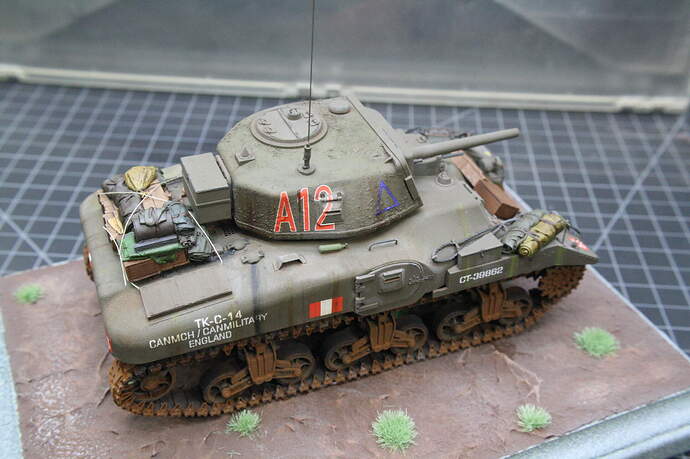 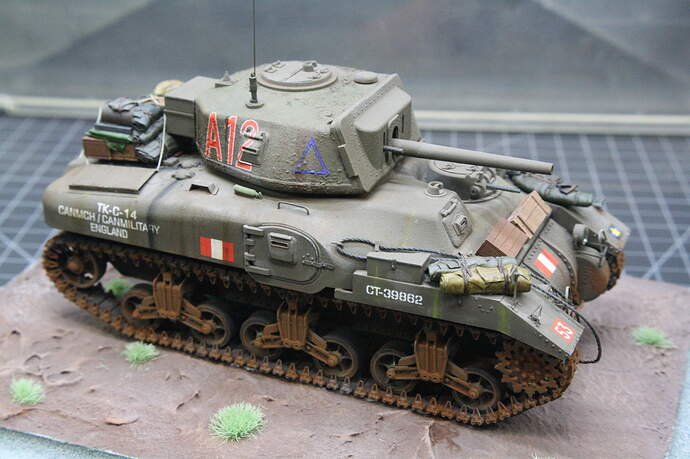 The only thing I’m not understanding, and that doesn’t mean it isn’t well executed, are the lime green stains.

Beyond that, it’s absolutely stunning and you should be very proud

Comments??
I want a RAM too!

Yeah Don I tried Cadmium Yellow and I guess it didn’t work. Thanks for the compliment.

Beautiful and stunning build Matt!
Honestly I kind of like the lime green/yellow streaks on the hull. 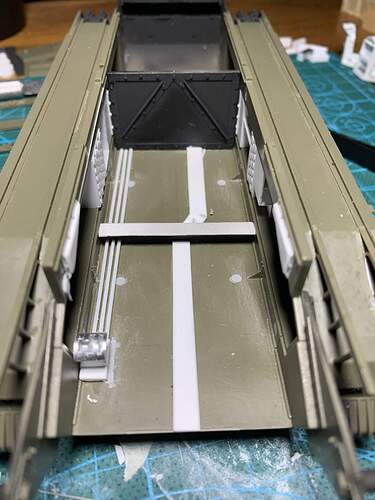 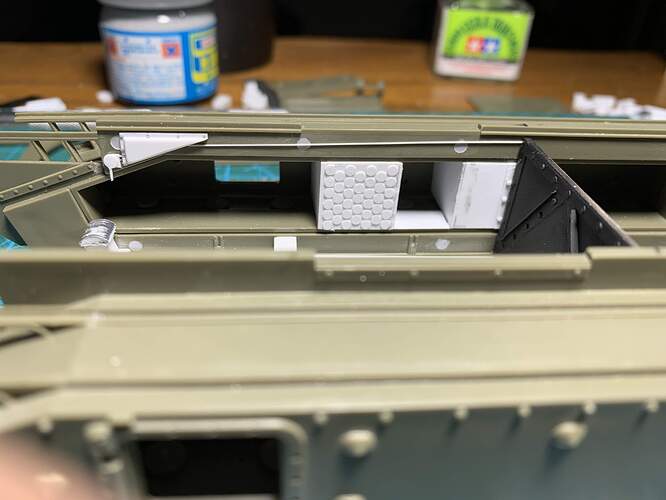 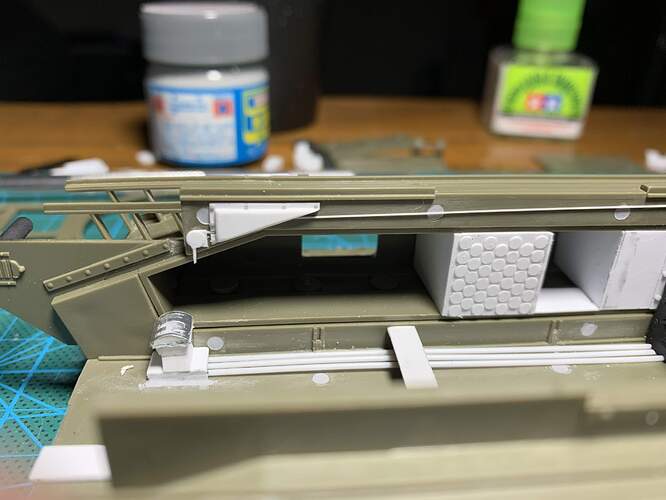 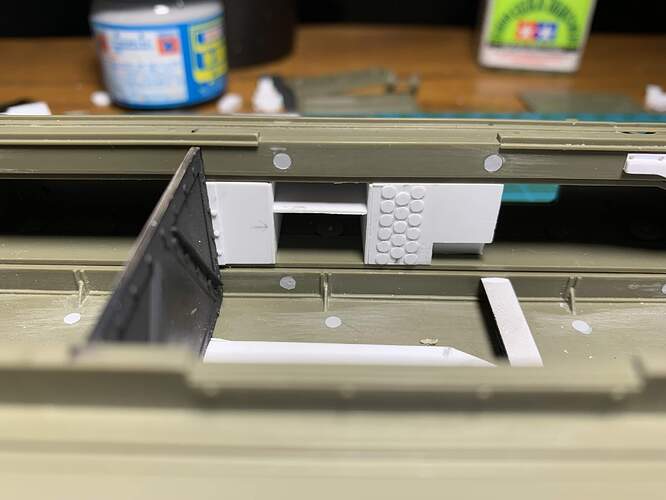 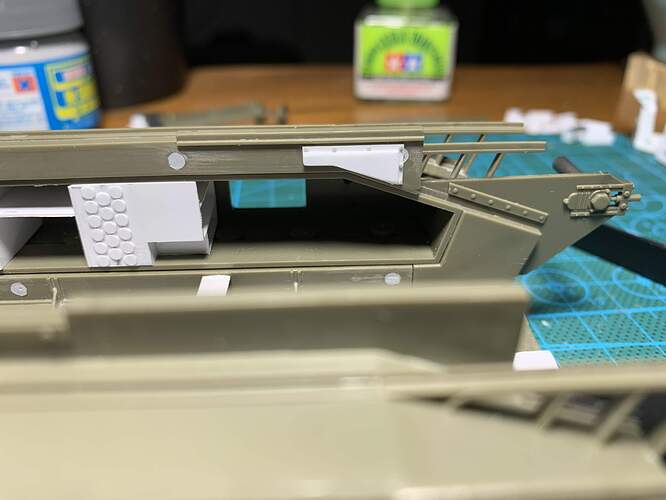 I hope to have the hull fully scratch built by the end of next weekend. It’s mostly details now. The major pieces are all built up

I am really loving what your doing with that churchill.

Thanks I am decently happy! At points, I ponder, why I did this to myself but I think the result will be worth the trouble

Oh it’s not the colour. I just wasn’t sure what you were trying to represent. It actually adds some nice breakup to the greens/browns

I’m calling my Mustang done! I’m absolutely thrilled how this turned out. I think this build has restored my love of flying machines.

Fresh off the Bench. Accurate Miniatures Mustang F6-A shown as a Mustang MkI Fighter-Recon in the markings of 430 Sqn RCAF on the morning of June 6 1944. [image] 430 Sqn RCAF were part of RAF 2nd Tactical Airforce flying fighter-recon missions over Normandy during and following the invasion. [image] The Mustang MkI in the F/R configuration had 4 20mm cannon and was equipped to carry an oblique angle camera shooting out the port side behind the pilot. [image] This particular aircraft wa…

Turned out awesome! Making me itch to start my wingy thing for the campaign!

I’m super happy with the final product. This was a great opportunity to try some new things and break away from green metal boxes.

First time doing a lot of paint masking, first time I’ve been really happy with a dot filter and I think I have a new technique for cleaning up panel lines.

Shame my decals weren’t what I thought they were going to be, but if that’s the worst thing I have to deal with I don’t think I get to complain.

There’s a Typhoon build that I’m following right now and I’ve always loved the look of those beasts, and I’ve got the right paints…

The typhoon is a gorgeous plane! I’m following that build too. Honestly, 99% of people wouldn’t know the decals are wrong. I sure didn’t. And they look great even if they aren’t “correct”.

I got my start modeling on aircraft. My grandpa was RCAF, he worked at Cheyenne mountains sister base in north bay. My dad grew up on Air Force bases. When I was about 12 my dad showed my a chest he had full of unstated and half competed kits. That’s what got me hooked. For years I built only airplanes. Over the last 5 years I’ve mostly build armor. But recently I bought a Tamiya F-16, from there on I discovered accurate miniatures and my last 7 purchases have been aircraft. A Corsair, 3 AM mustangs, a AM dauntless and avenger, and a spitfire. I find myself looking at planes more than armor but every time I’m on model store websites. Don’t get me wrong I love armor, but there are a lot of really interesting planes. And they are a nice break from the monotony of road wheels and monotone paint 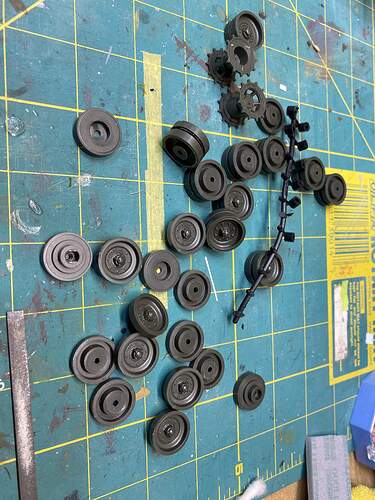